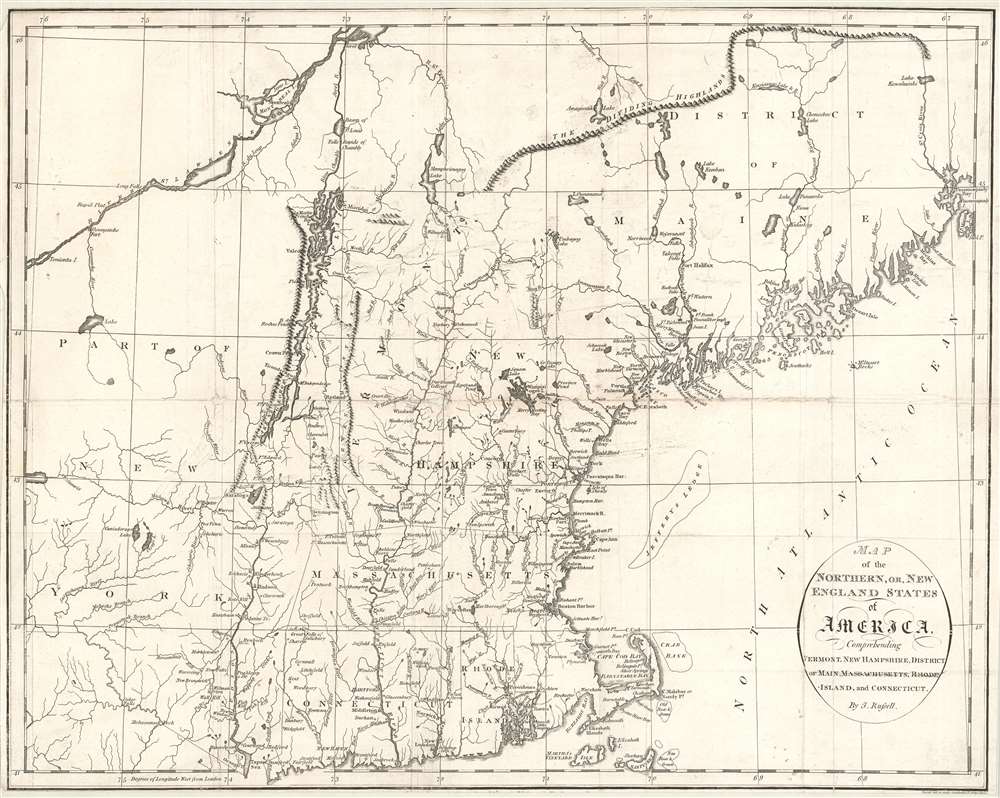 An attractive and finely engraved 1795 map of New England by John Russell - one of the few commercial maps of New England issued immediately following the American Revolutionary War (1775 - 1783). The map covers the northwestern part of the United States from, roughly, Lake Oneida (near Fort Stanwix) to Passamaquoddy Bay, New Brunswick, and from Montreal south as far as Tappan Zee, Martha's Vineyard, and Nantucket. This includes the District of Maine (which was then under the governance of Massachusetts), Vermont, New Hampshire, Massachusetts, Connecticut, and Eastern New York.

This map was engraved by John Russell at Constitution Row Grays Inn Lane, Middlesex (London), England. It was published by Henry Delahoy Symonds at no. 20 Paternoster Row, London, and appeared in Russell's 1795 An American Atlas, the geographical component of William Winterboham's Historical, Geographical, Commercial and Philosophical View of the United States. This work was followed by an American edition published by John Reid in 1796. Separate examples of Russell's maps are increasingly uncommon on the market.

Average. Map has been re-margined on all sides and laid down on pH neutral paper. Several splits, repaired and reinforced - as seen here. Priced accordingly.