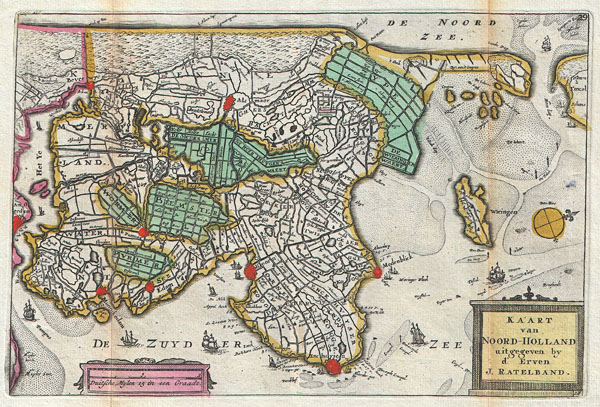 A stunning map of the northern part of Holland or the Netherlands first drawn by Daniel de la Feuille in 1706. Oriented to the west. Covers from Amsterdam at the far right northward as far as Texel and southward as far as Enkhuizen. Features some offshore detail and several sailing ships plying the Zuyder Zee ( Zuiderzee ).Dutch language title cartouche in lower right quadrant. This is Paul de la Feuille's 1747 reissue of his father Daniel's 1706 map. Prepared for issue as plate no. 35 in J. Ratelband's 1747 Geographisch-Toneel.