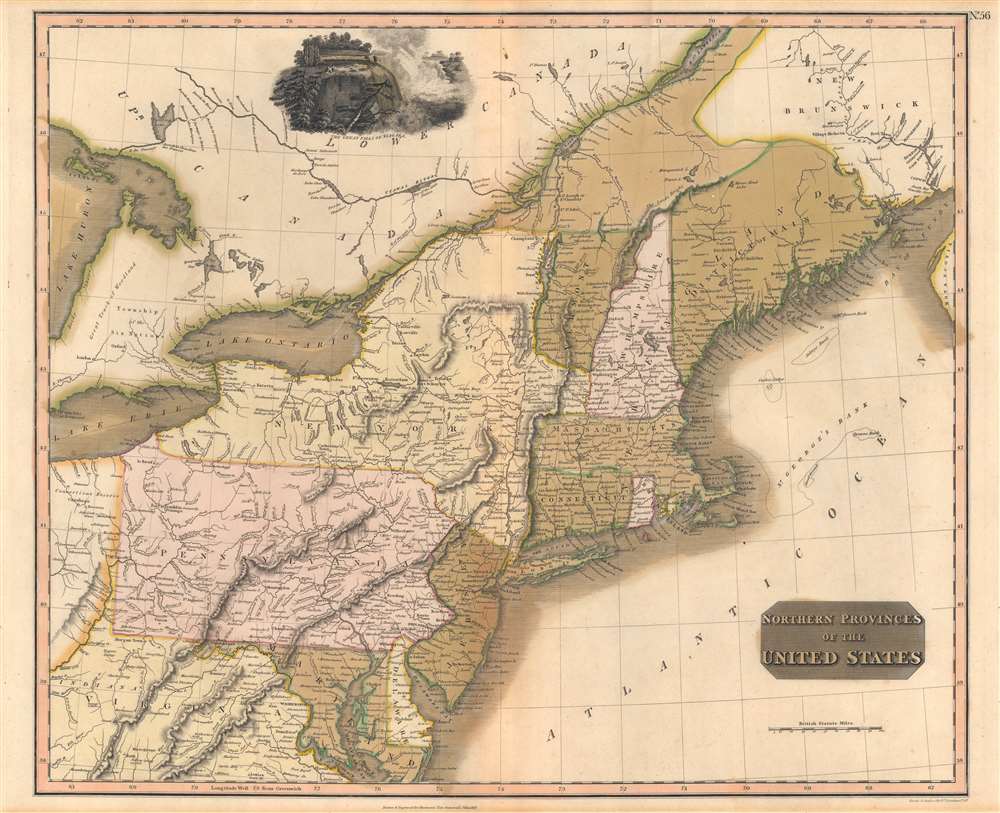 The 'District of Maine' and the Connecticut Western Reserve!

This map was engraved just 2 years after the end of the War of 1812 (1812 - 1815), a time when British interest in the United States was still running high. The map includes much of cartographic interest - including New York's Colonial Era Claims to southern Vermont. It also notes Maine as the 'District of Main'. At the time, it was still a dependency of Massachusetts - a situation that did not change until 1819, when the Massachusetts legislature separated it off, and 1820, when it became a state. The 'Connecticut Western Reserve' is noted in northeastern Ohio - this was a legacy territory granted to Connecticut by Royal Charter under King Charles II. Connecticut relinquished their claims to the Western Reserve to the Connecticut Land Company between 1796 and 1800. Nonetheless, the legacy of the Reserve remained and it appeared on maps well into the 1820s.

This map was engraved by Nathaniel Rogers Hewitt for the 1817 first edition of John Thomson's New General Atlas. This map was discontinued in several subsequent editions but updated and reintroduced in the 1827 edition. Examples of this early edition are consequently quite scarce.