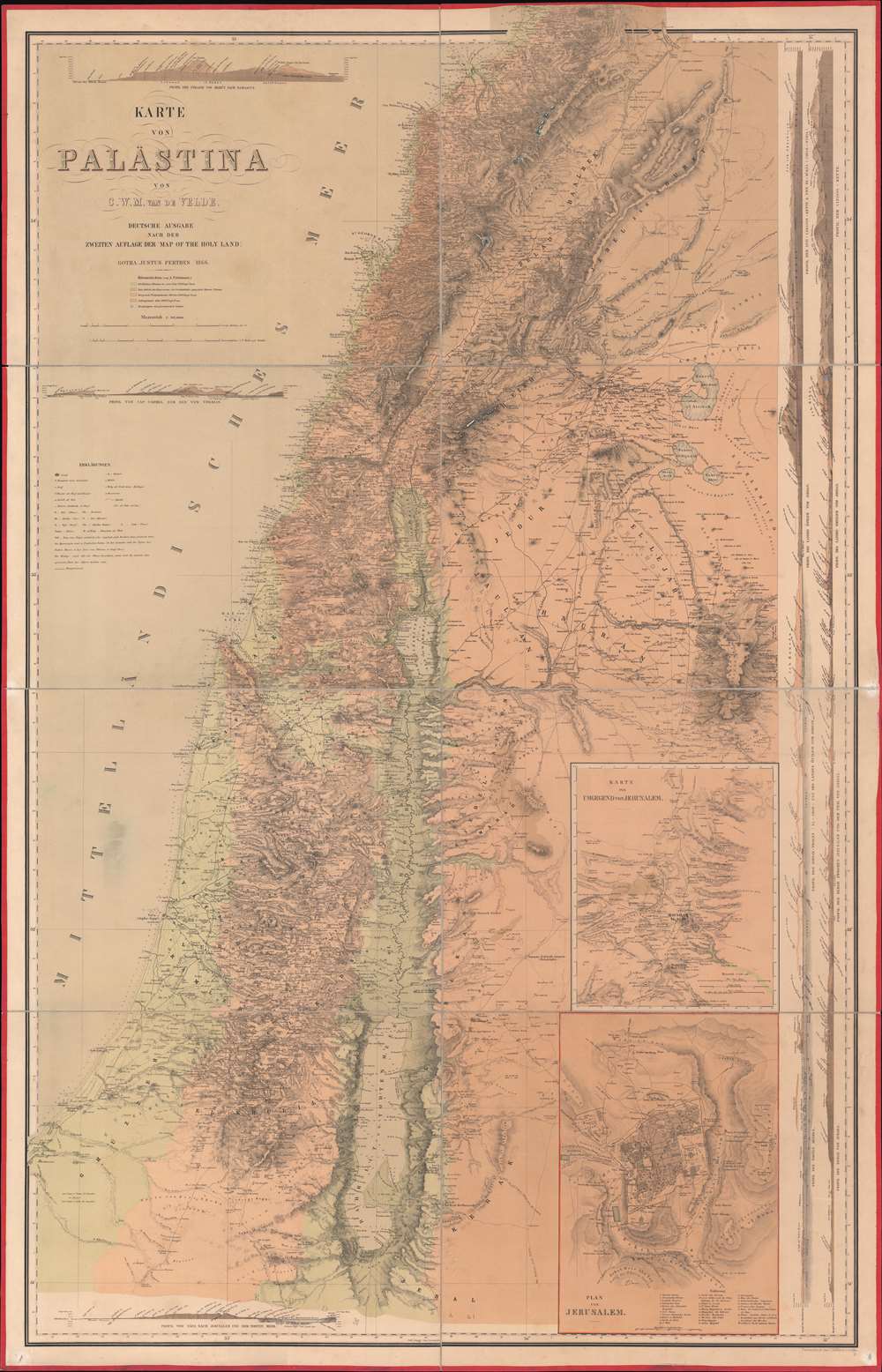 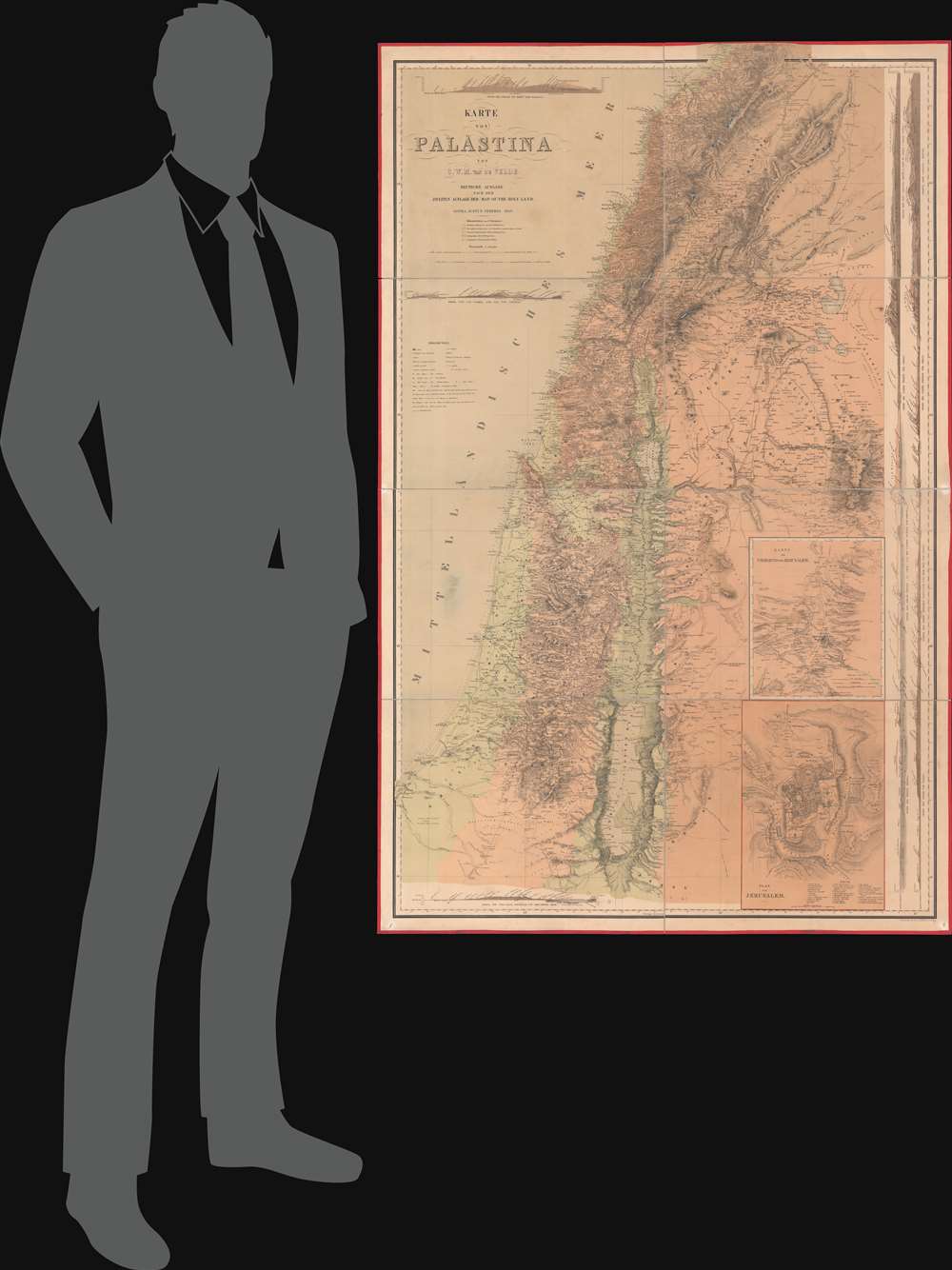 One of the most important 19th-century maps of the region, this is the 1866 German edition of the Charles William Meredith van de Velde map of the Holy Land. Created from Van de Velde's surveys, the map depicts from Syria to the Dead Sea and from the Mediterranean Sea to Mount Zalmon (Alsadamus Mons). Per Mapping the Holy Land: The Foundation of a Scientific Cartography of Palestine, Van de Velde's map of Palestine

represented the complete body of Western geographical knowledge on Palestine, critically compiled, verified on-site and completed by his own measurements and his own (physical) experience, including the hardships needed to make a scientific map.

Van de Velde effortlessly blends the modern and the ancient. Myriad cities and towns are labeled throughout, including Jerusalem, Hebron, Tyre, Sidon, and Damascus, and inset maps focus on Jerusalem itself and Jerusalem and its environs. Several terrain profiles appear around the sheet as well. One, in the upper left corner above the title, depicts the road from Beirut to Damascus. Another, below the title, illustrates the region from Cap Carmel to the Lake of Tiberias. Several profiles appear along the right border and run one into another, making it difficult to discern exactly where one stops and the next begins at a glance.

This map was created by Charles William Meredith van de Velde and published in 1866 by Justus Perthes. It was engraved in Gotha by Carl Hellfarth. In addition to the present German edition, English and French editions were published, but the publication history of each is difficult to trace. It appears that at least two different states of the English edition were published, one in 1858 and the other in 1865. We have found evidence of only one French edition. We note twelve examples of the present German edition cataloged in OCLC which are part of the collection at Princeton University, Duke University, the University of Michigan, the University of California Berkeley, the Royal Danish Library in Copenhagen, and the Sächsische Landesbibliothek in Dresden.