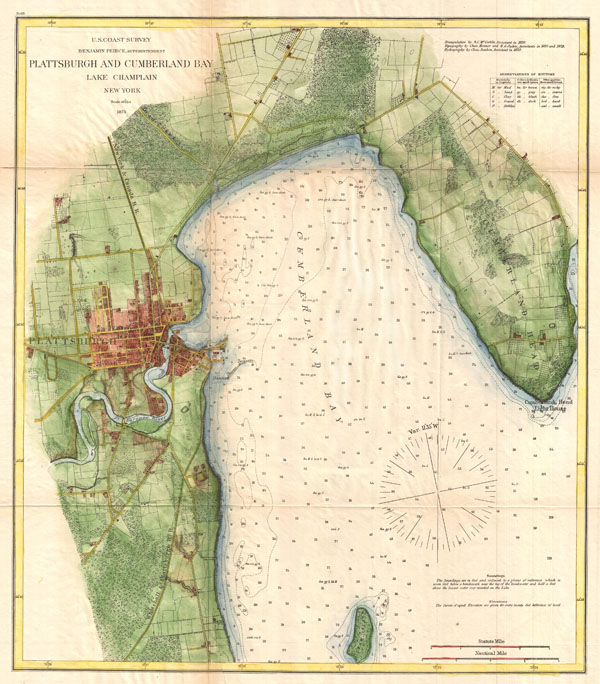 A very attractive example of the 1872 U.S. Coast Survey nautical chart or map of Plattsburgh and Cumberland Bay, Lake Champlain, New York. This map covers the urban center of Plattsburgh as well as the surrounding areas as far south as Crab Island and as far north as far east as Cumberland Head. The map includes the course of the Saranac River as it passes south of the city and route of the Whitehall and Plattsburgh Railroad. Offers exceptional inland detail with important building, streets, and property lines shown. In Lake Champlain there are countless depth soundings as well as notes on reefs and shoals. This map was surveyed during the tenure of A. D. Bache as Superintendent of the Survey but was produced under the supervision his successor, Benjamin Peirce.