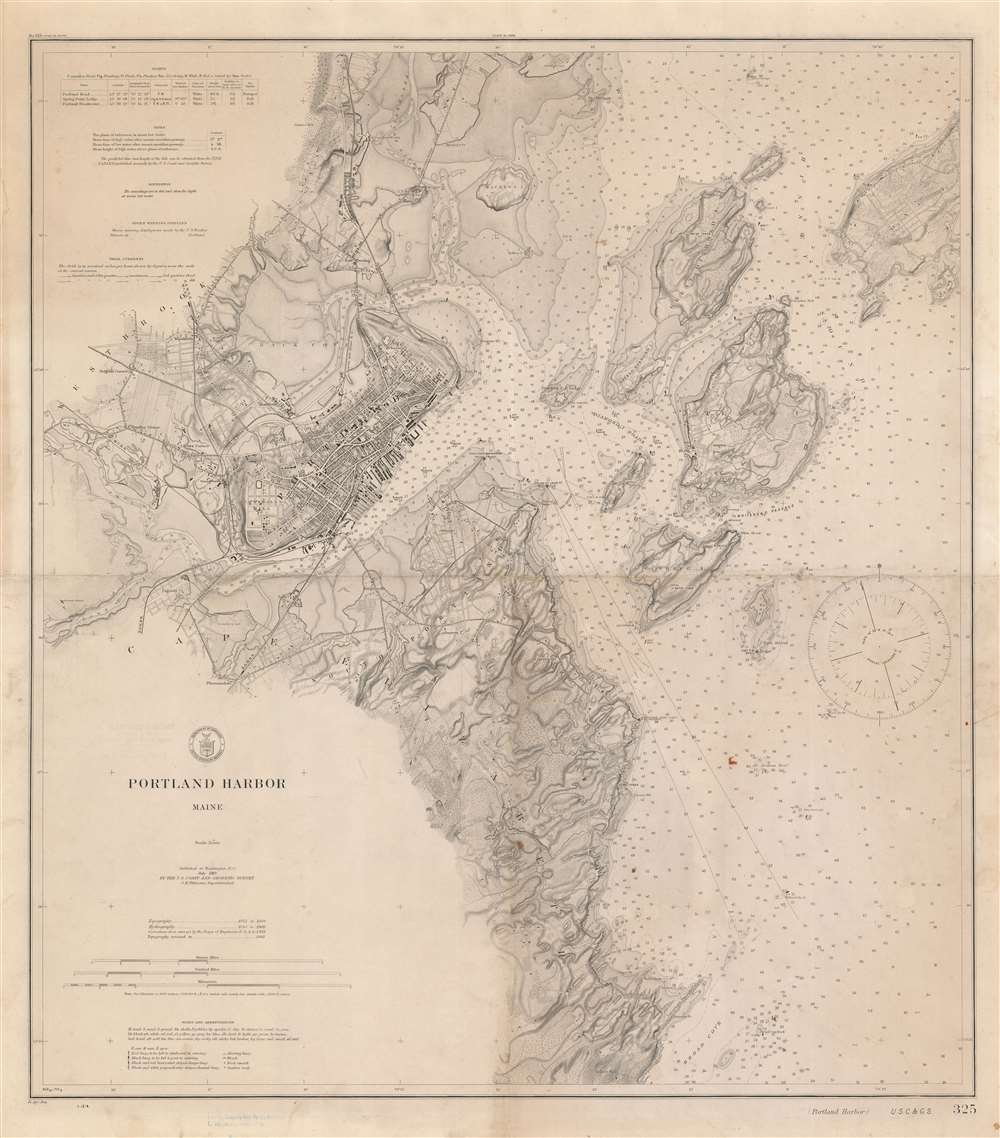 This is a 1914 U.S. Coast and Geodetic Survey nautical chart or maritime map of Portland Harbor, Maine. The map depicts the region from Old Fort Casco to John's Hill and Broad Cove and from Brighton Corner to Long Island. Portland itself is illustrated with extreme attention to detail, with individual buildings appearing throughout the city. City Hall, the Fidelity Buildings, the cathedral, the observatory, and the Custom House are all labeled. Several railroad lines operated by the Boston and Maine Railroad are illustrated, along with the Grand Trunk Railroad and its bridge across a narrow part of the harbor. Port facilities also appear in detail. Individual docks are illustrated all along the waterfront. Numerous depth soundings are indicated throughout, with the highest concentration within Portland Harbor. Numerous islands, including Little Diamond Island, Peak's Island, Great Diamond Island, and Cushing Island, are all illustrated as well, with Fort Georges appearing on Diamond Island Ledge. Coastal bells and lights are noted.