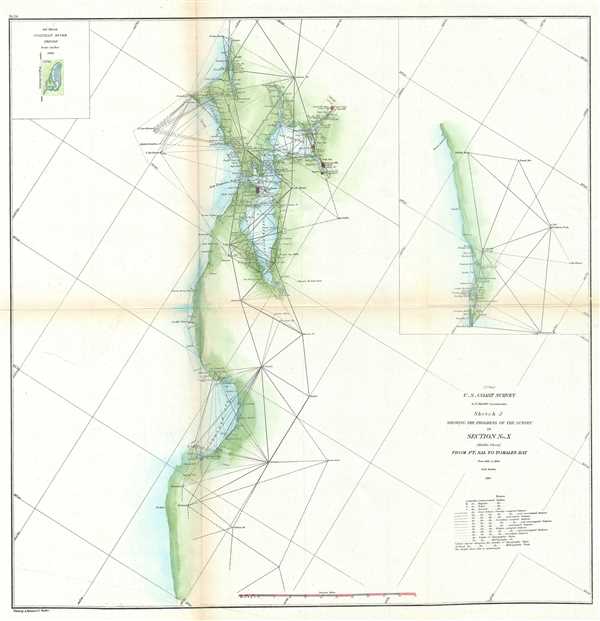 This is an uncommon example of the 1860 U.S. Coast Survey progress and triangulation chart or map of the coast of California from Point Sal to Tomales Bay, including Monterrey Bay, Drakes Bay, and of course, San Francisco Bay and San Pedro Bay. An inset near the right border extends from Tomales Bay northward to Haven's Anchorage (near Point Arena). Another small inset in the top left quadrant features a sketch of Coquille River in Oregon. The map identifies numerous cities throughout including San Francisco, Napa, Benicia, etc.