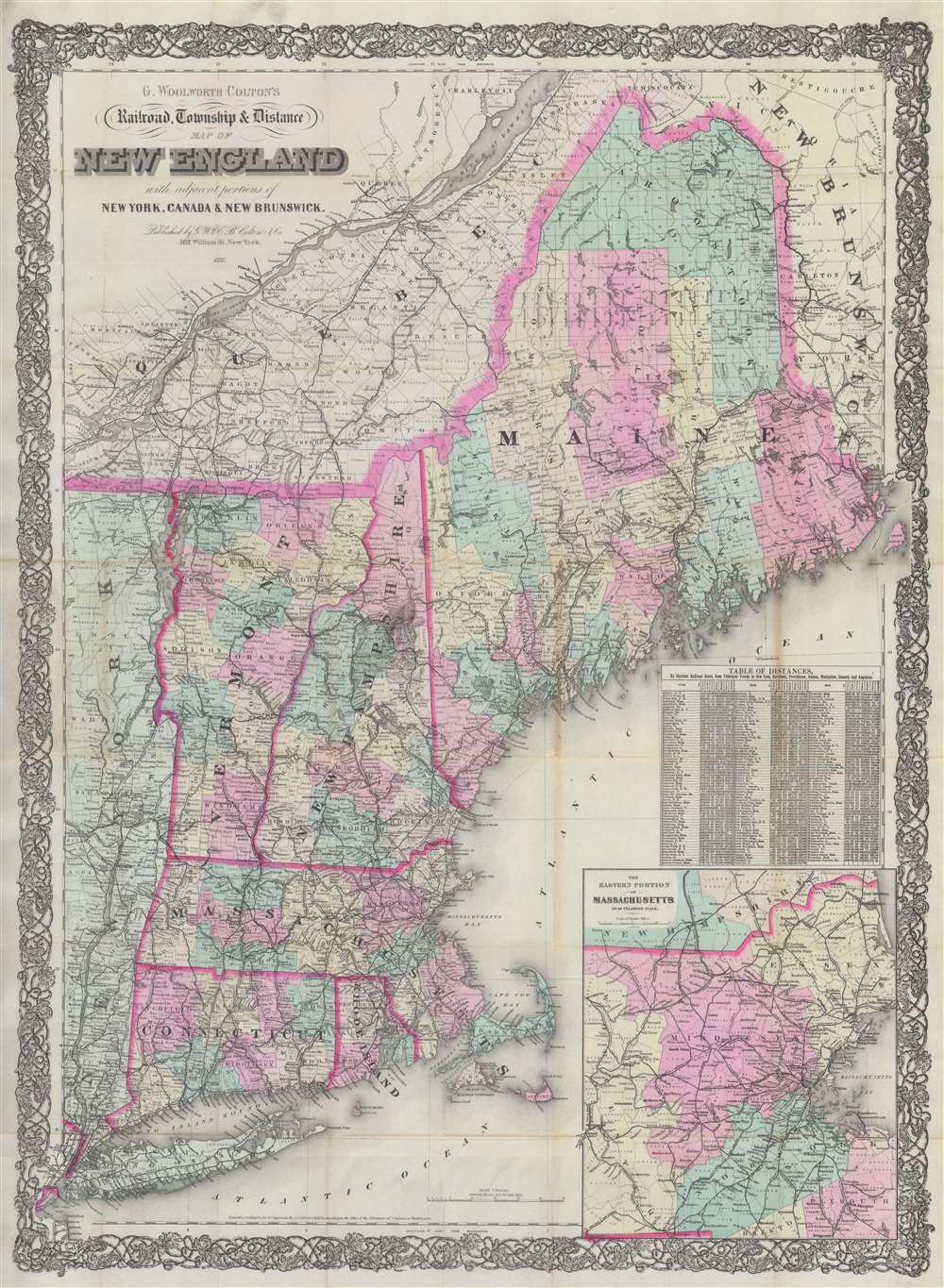 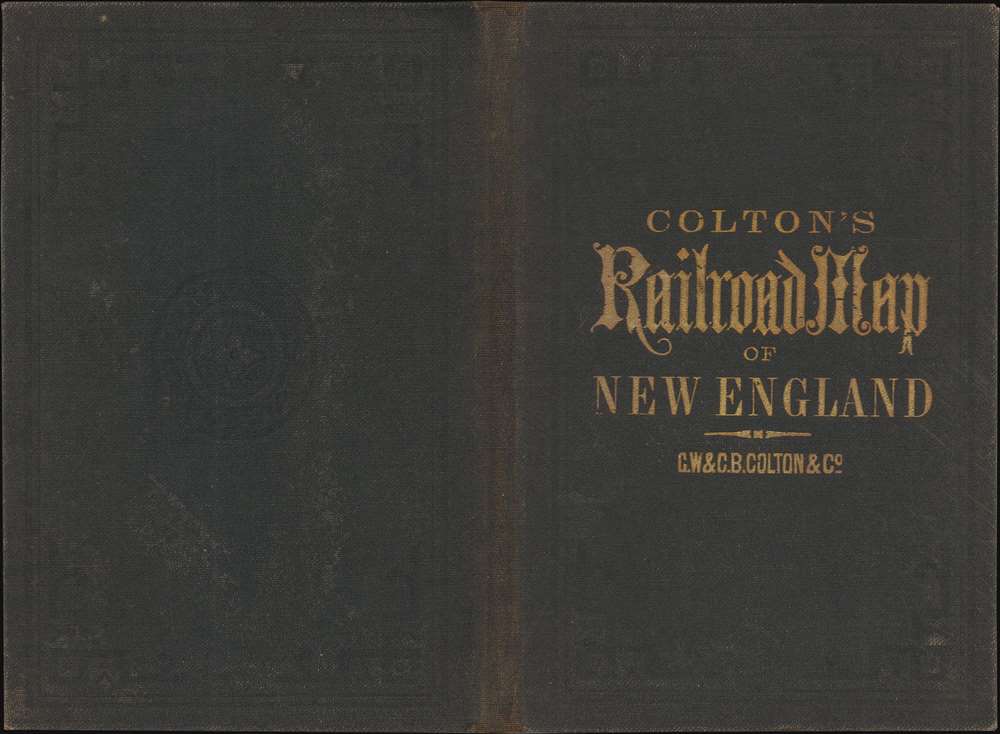 This is an 1886 George Woolworth and Charles B. Colton railroad pocket map of New England. Created as a travel aid, the map details the expansive railroad network extending from Maine and Quebec to Long Island. Towns and villages along the railroad lines are identified and mileage is provided. An inset in the lower right focuses on the busy eastern Massachusetts corridor between Boston and Worcester. A table above the inset contains distances by rail from nearly 200 towns to New York, Hartford, Providence, Boston, Montpelier, Concord, and Augusta.

As the Industrial Revolution progressed, population centers began shifting towards cities. These internal migrants found jobs in factories and mills, over time evolving into a prosperous middle class. Increased industrialization also led to urban pollution. This pollution, along with the increase in income, led to the want and need to 'escape' the city and 'get back to nature'.

During this same era, much of the population began migrating westward, discovering the vastness and beauty of the American west. It is during this time the first national parks are established, transforming Americas relationship with the great outdoors. This new perspective, along with the perception that living in cities was unhealthful, led to the establishment of country and seaside 'resorts'. The constantly expanding railway network serviced the prosperous retreats. Nonetheless, it was not until the 1920s or 1930s, and the rise of the automobile, that vacationing became a viable activity across most of American society.

This map was created by George Woolworth and Charles B. Colton and published in 1886. The Coltons published editions of the present map beginning as early as 1864. The present 1886 edition is not cataloged in OCLC.