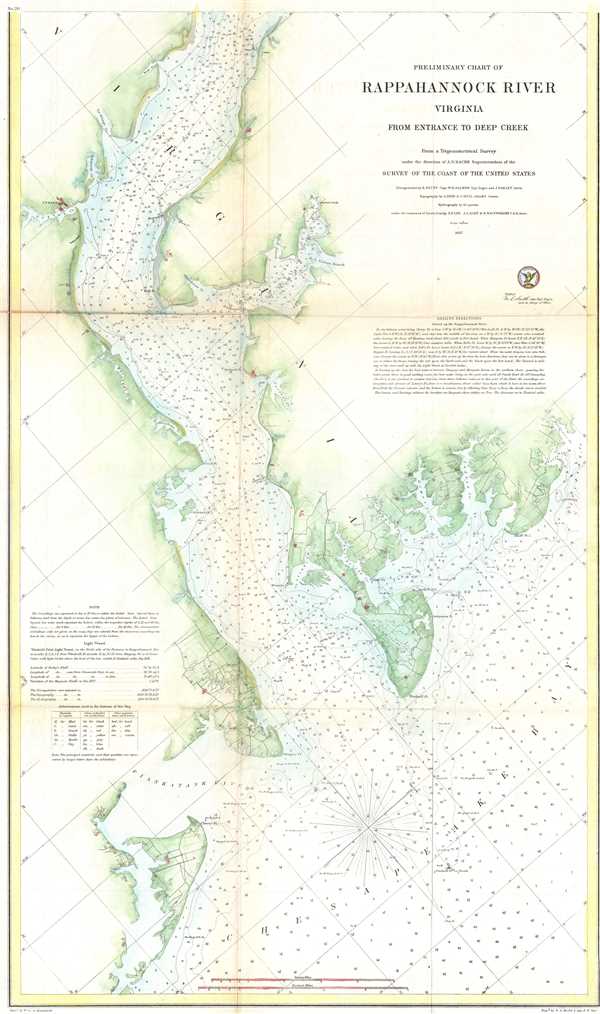 This is a hand colored 1857 U.S. Coast Survey nautical chart or map of the Rappahannock River in Virginia. The map focuses on the southern part of the Rappahannock River where it flows into the Chesapeake Bay. It depicts from Deep Creek to the Chesapeake, including Urbana, the Corrotoman River, and the Piankatank River. Numerous smaller settlements, farms, and roadways are also noted. As a nautical map, it also includes myriad depth soundings (in feet) and a wealth of practical information for the mariner.