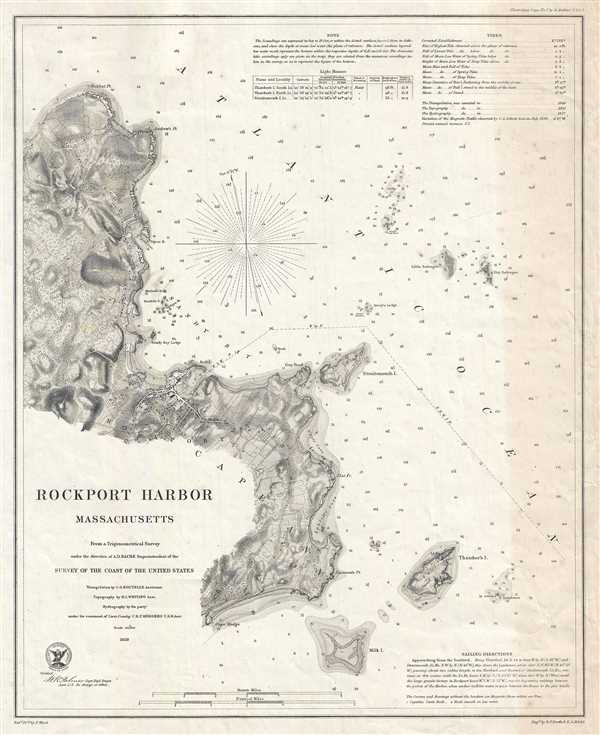 This is a beautiful example of the U.S. Coast Survey's 1859 nautical chart or maritime map of Cape Ann or Rockport Harbor, Massachusetts. It extends from Halibut Point south to Cape Hedge and includes Milk Island, Thatcher’s Island and Straitsmouth Island. The chart shows beautifully detailed coastal features and notes countless depth soundings throughout. Unlike many coastal charts, this example also has significant inland detail, showing roads, towns, farms, and some topographical features. Sailing instructions and notes on tides and magnetic variation appear in the top and bottom right quadrants.

The triangulation for this nautical chart was completed by C. O. Boutelle. The Topography is the work of H. I. Whiting. The hydrography was accomplished by parties under the command of C. R. P. Rodgers. The whole was compiled under the supervision of A. D. Bache, one of the most influential American cartographers of the 19th century.

Very good. Minor foxing. Toning over right side of map.
Looking for a high-resolution scan of this?