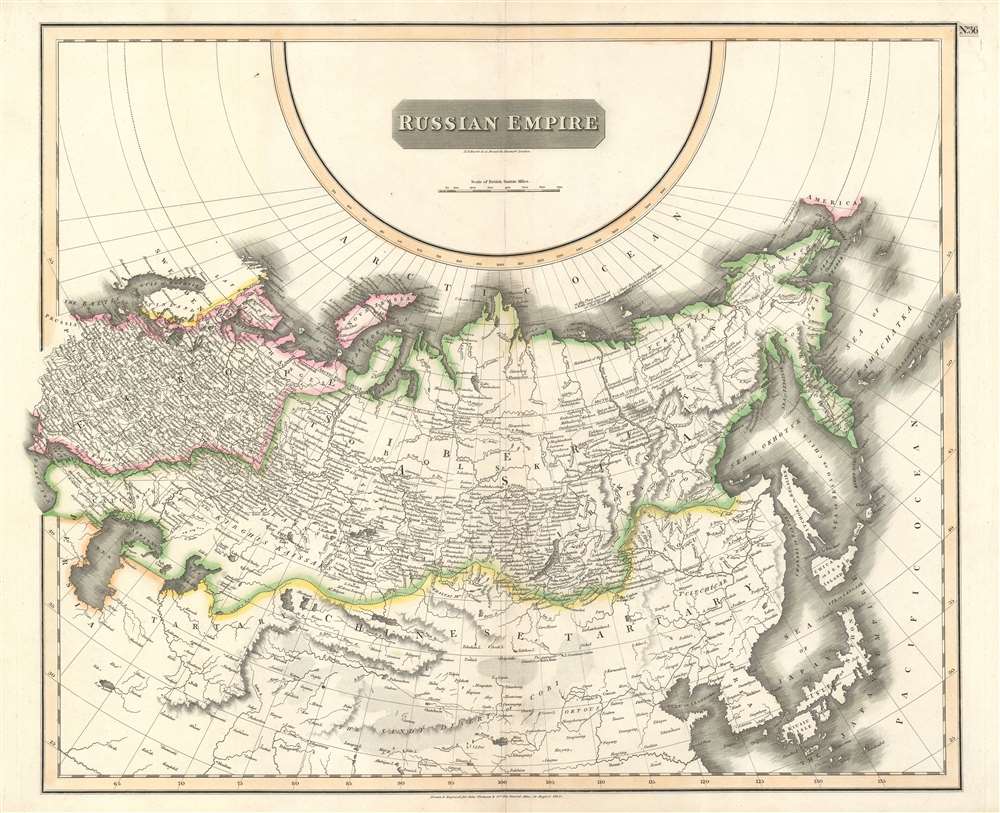 A map of the Russian Empire at the end of the Napoleonic Wars.
$300.00

This is an 1814 John Thomson map of the Russian Empire. The map depicts the region from the Baltic Sea, Prussia, and Sweden to the Aleutian Islands and from the Arctic Ocean to the Yellow River. Highly detailed, myriad cities, towns, and villages are labeled throughout, including St. Petersburg, Moscow, Minsk, Kiev, and Kharkov. Rivers and mountain ranges are also identified, as are islands and numerous locations along the coastlines. It is important to note that the long-disputed sea between Korea and Japan is identified as the 'Sea of Japan.

In 1815, Tsarist Russia emerged from the Napoleonic Wars economically insolvent and politically fearful of the Revolutionary fervor that had just swept through Europe. In order to shore up Russia's economic position, the Tsars began an aggressive series of expansions into the Caucuses and Central Asia that would vastly increase the landmass of the Russian Empire.

Thomson maps are known for their stunning color, awe inspiring size, and magnificent detail. Thomson's work, including this map, represents some of the finest cartographic art of the 19th century. Engraved by N.R. Hewitt, 10 Broad Street, London, and issued as plate no. 36 in Edinburgh cartographer John Thomson's 1814 edition of the New General Atlas.