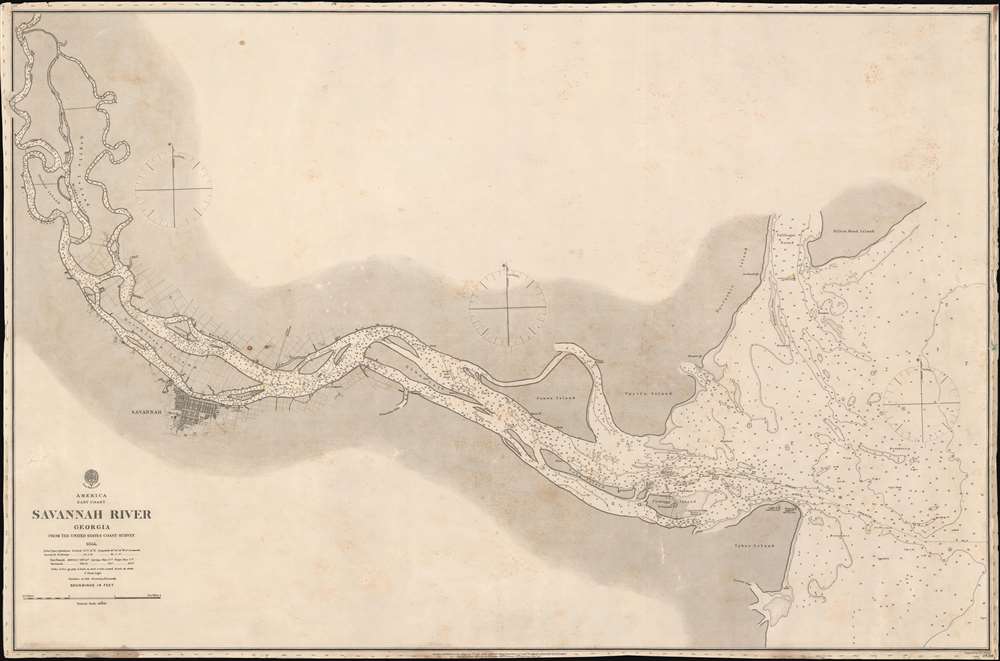 This is an extremely scarce 1861 British Admiralty Chart of the Savannah River and city of Savannah, Georgia, issued at the outset of the American Civil War (1961 - 1865). Although formally neutral in the conflict, British private interests financed blockade runners that sent munitions and luxuries to Confederate ports in return for cotton and tobacco. This map of the Savannah River was doubtless produced for this purpose.

The map is derived from U.S. Coast Survey work in the Savannah region completed in 1855, and although the Admiralty chart is superior in construction and presentation, is substantively similar. Coverage extends from the mouth of the Savanna River, Hilton Head, and Tybee Island, westward towards savanna, as far north as Argyle Island. The triangulation for this map was completed by E.O. Cord, C. O. Boutelle, C. P. Bolles and D. T. Van Buren. The topography is the work of H. I. Whiting. The Hydrography was accomplished by a party under the command of J. N. Maffitt.

This map as issued by the British Admiralty in July of 1861, roughly three months after the start of the Civil War. We are aware of only a single edition and there is only one mention of the map in the OCLC. We are aware of at least one other in private hands.