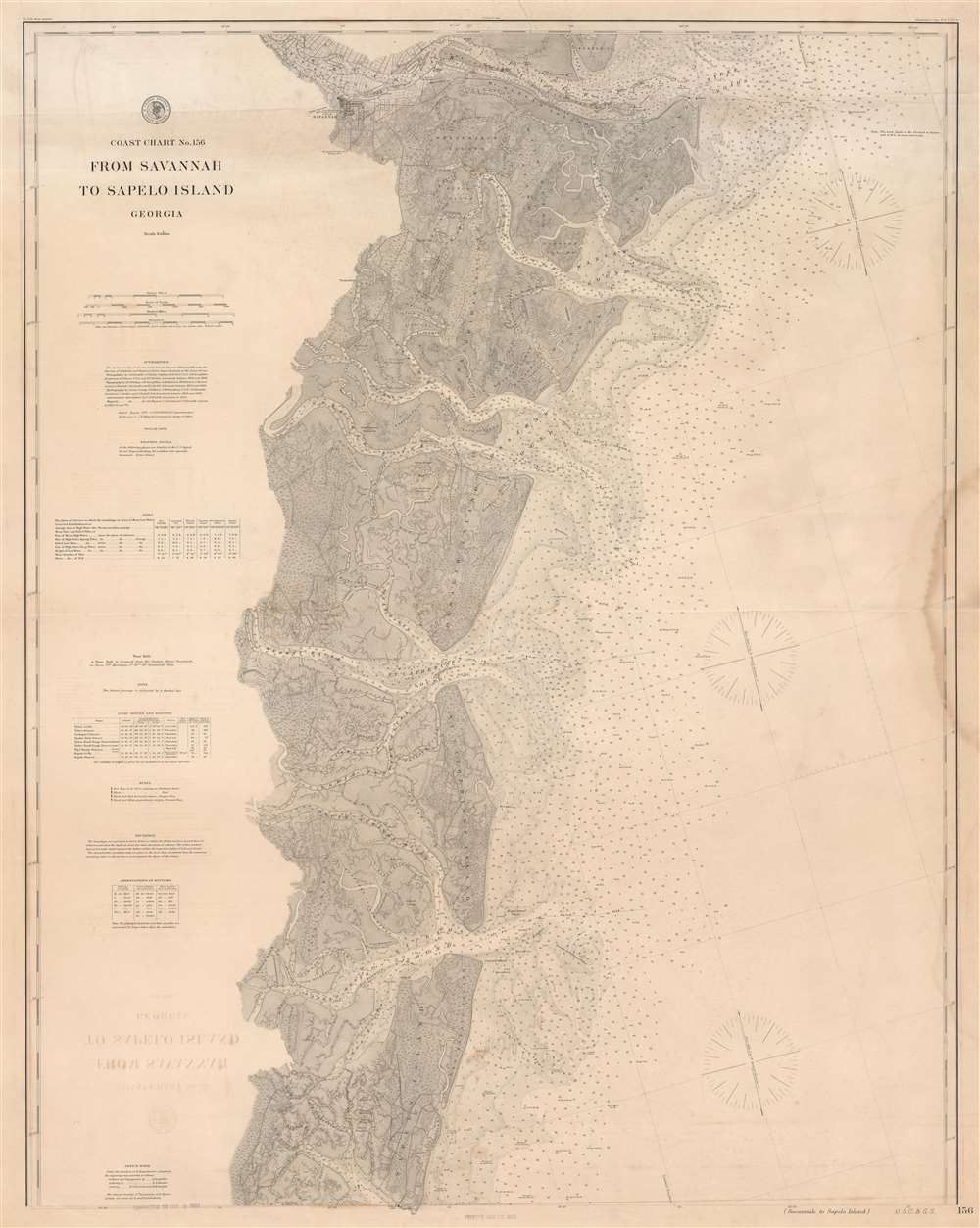 This is an 1889 U.S. Coast Survey nautical chart or maritime map of the coast of Georgia. Providing a detailed depiction of the maze of rivers, creeks, and islands that create this portion of the American coast, the map illustrates from Hutchinson's Island in the Savannah River to the Atlantic Ocean and from Turtle Island to Sapelo Island. Islands of varying size are identified all along the coast, including Tybee Island, Skiddaway Island, Wassaw Island, Ossabaw Island, St. Catherine's Island, and Sapelo Island. Myriad depth soundings are provided in the Atlantic and along most of the region's rivers and creeks. Savannah is situated illustrated near the top border with the Central Railroad of Georgia, the Savannah and Tybee Railroad, and the Savannah, Florida, and Western Railroad all illustrated in the immediate vicinity. Information concerning tides, lighthouses, beacons, buoys, and soundings is all included along the left border. This chart could potentially be joined with another chart available through Geographicus: SapeloIslandAmeliaIsland-uscgs-1877.

Originally published in 1878, this example has been updated to September 1889 per manuscript notes stamped along the bottom border. The 1878 edition of this chart is recorded as being part of the institutional collections at Cornell University, the University of Chicago, the Washington State Library, and Stanford University.