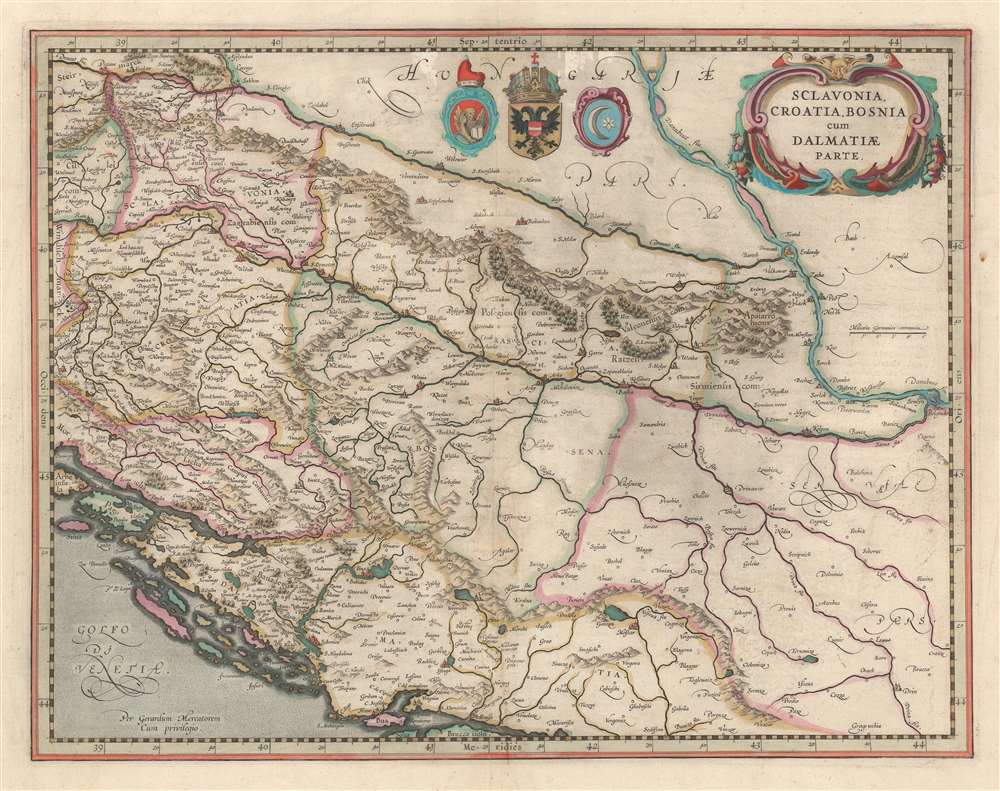 An 18th century map of the Balkans and the Dalmatian coast

This is a 1636 Jodocus Hondius and Jan Jansson map of the Balkans. The map depicts the region from eastern Slovenia to Belgrade and from the Drava River to the Gulf of Venice. Highly detailed, myriad cities, towns, and villages are labeled throughout, including Belgrade, Zagreb, and Mostar. The Danube River, highlighted in blue, flows through the upper right quadrant. Different regions, including Croatia, Bosnia, Dalmatia, Cillei (modern-day Slovenia), Slovakia, and Hungary are each labeled and outlined in different colors to allow for easier differentiation. Three crests are illustrated along the top border, with the one in the center resembling the Hapsburg family crest, the ruling family of the Austro-Hungarian Empire.

This map was based on a map by Gerard Mercator and published by Jodocus Hondius and Jan Jansson in the 1636 English edition of their Atlas or a Geographicke Description of the Regions, Countries and Kingdoms of the World, through Europe, Asia, Africa, and America. Although this map was published in numerous editions over several decades, but the English edition appears to be quite rare, as the only entry for an English edition in the OCLC is part of the collection of The British Library.

Mercator, G., H. Hondius, and J. Jansson, Atlas or a Geographicke Description of the Regions, Countries and Kingdoms of the World, through Europe, Asia, Africa, and America. (Amsterdam: Hondius) 1636.