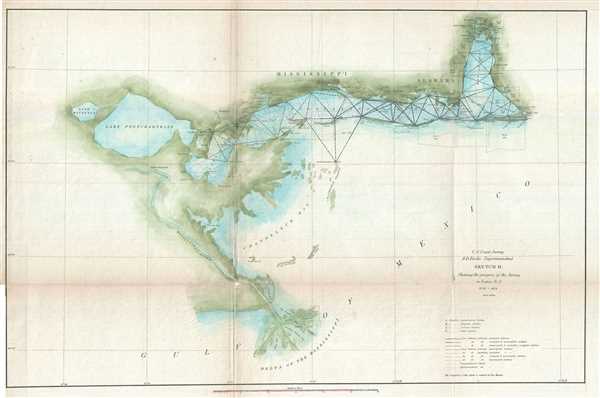 Due to the quick and dramatic changes in the Delta area due to sudden storms and hurricanes, charting the Mississippi Delta was one of the U.S. Coast Survey's most daunting tasks.

Report of the Superintendant of the U.S. Coast Survey, (1851 edition).

Very good. Some toning and wear along original fold lines, with minor tears at intersections. Minor spotting. Flattened and backed with archival tissue.