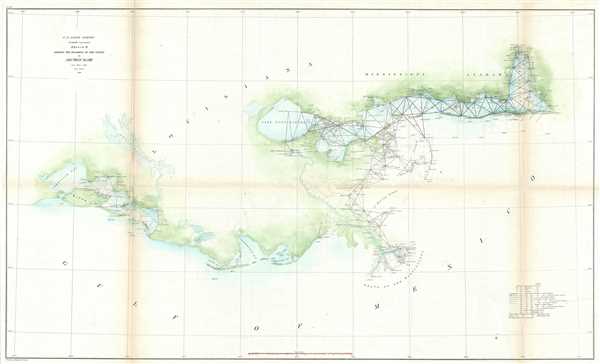 Nautical chart detailing the Delta of the Mississippi and its surrounding coast.