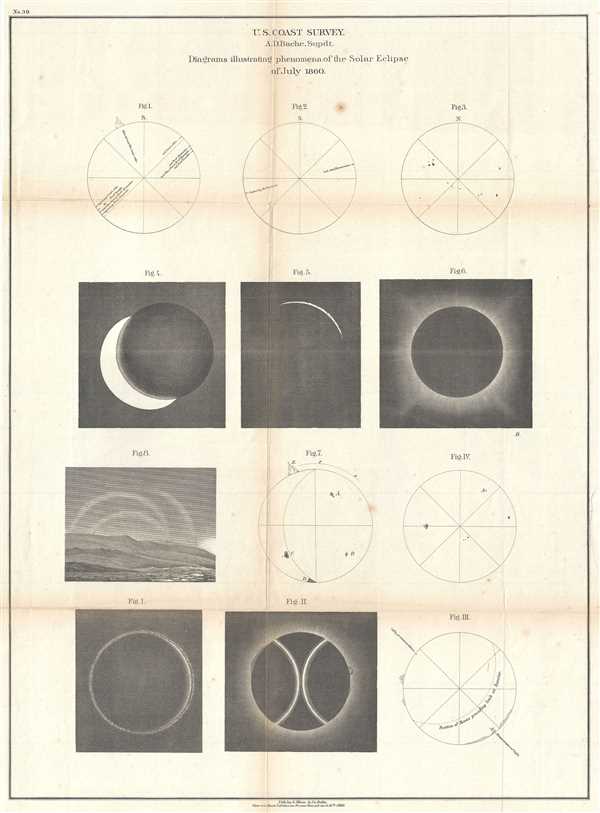 Chart showing the progress of a total solar eclipse.

This is a lovely 1860 chart issued by the U.S. Coast Survey illustrating the Solar Eclipse of July 1860. When the moon passes between the Sun and the Earth and completely covers the Sun’s disk, blocks the Sun, it results in a total Solar Eclipse. This chart includes 12 diagrams that explains the phenomenon and shows the progress of the total solar eclipse that occurred on July 18, 1860. This map was created under the direction of A. D. Bache, Superintendent of the Survey of the Coast of the United States and one of the most influential American cartographers of the 19th century. Issued for the 1860 Superintendent's Report.