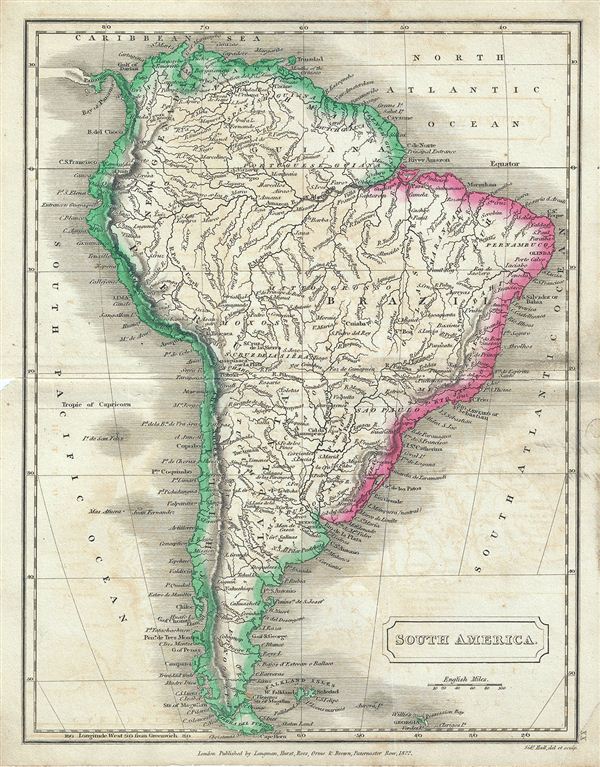 This is a fine example of Samuel Butler's 1822 map of South America. It covers all of South America from the Pacific Ocean to the Atlantic Ocean including the Falkland and Georgia Islands. During this time in history most of the continent was in the midst of a struggle for independence. The Spanish colonies won their independence in 1823 led by Simon Bolivar of Venezuela and Jose de San Martin of Argentina. In Brazil, Dom Pedro I became first emperor after proclaiming the country's independence in 1822. The map is somewhat detailed with regional boundaries outlined in color. Various towns, cities, rivers, and several other topographical features are noted with relief shown by hachure. This map was engraved by Sidney Hall and published by Longman, Hurst, Rees, Orme & Brown for issue as plate no. XX in the 1822 edition of Samuel Butler's An Atlas of Modern Geography.