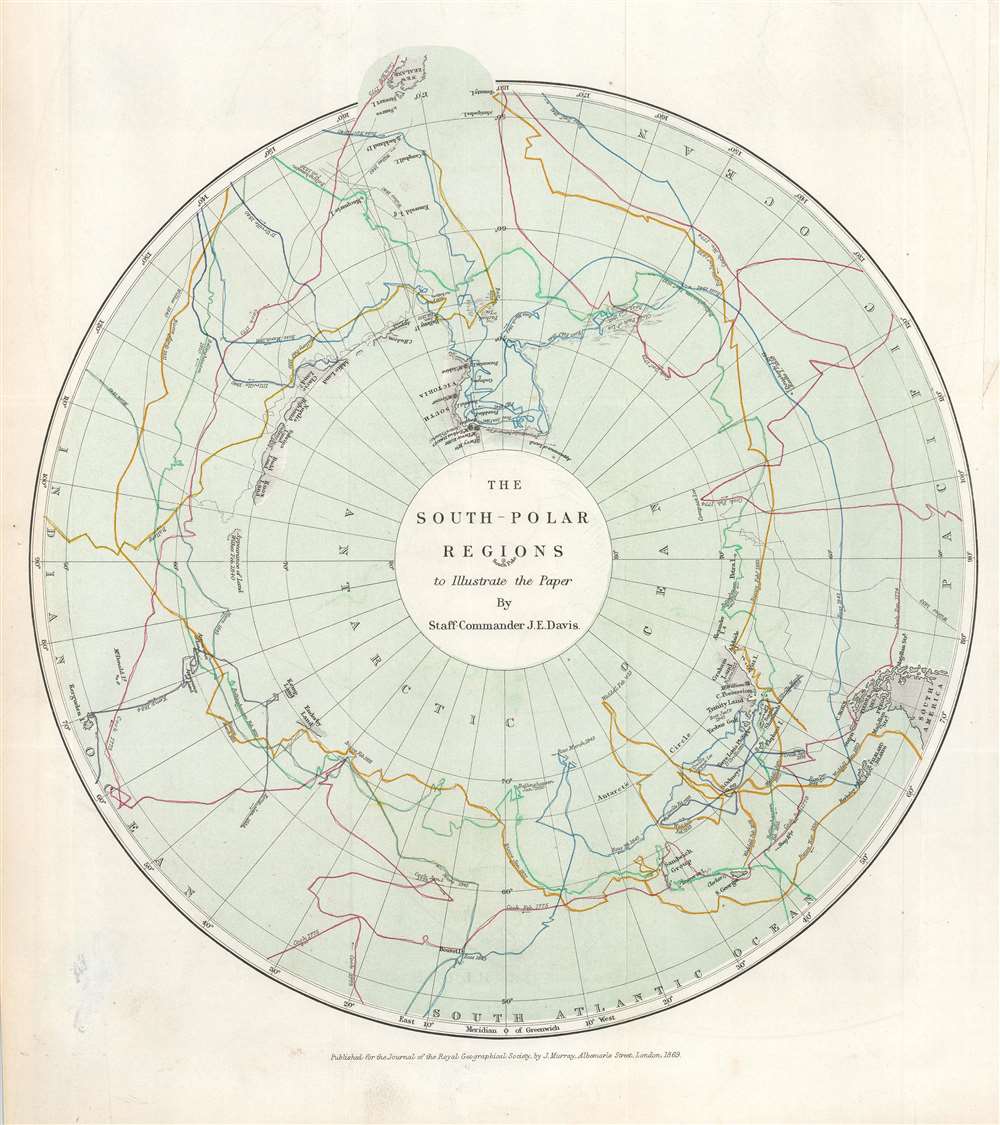 This is an 1869 John Murray map of Antarctic / South Pole explorations between 1773 and 1845. Dashed lines traced in hand color follow the expeditions of Cook, Bellinghausen, Weddel, Biscoe, Kemp, D'Urville, Balleny, Wilkes, Ross, and Moore. Each explorer's course is labeled, many with the month and year, and an arrow illustrating the direction they were traveling. Very little detail on the Antarctic continent itself is present. Islands, points, 'lands' named by or for explorers, and notes concerning the concentrations of sea ice appear throughout. Parts of New Zealand and South America are included and provide some geographical context for the map's audience.

This map was created by John Murray to accompany an article by J.E. Davis entitled 'On Antarctic Discovery and its connection with the Transit of Venus in 1882'. The article was published in Volume 39 of The Journal of the Royal Geographical Society of London as a visual summary of the historical background provided in Davis's paper. Two examples are cataloged in OCLC and are part of the institutional collections at Princeton University and the National Library of Australia. Another example is part of the collection at Stanford University.