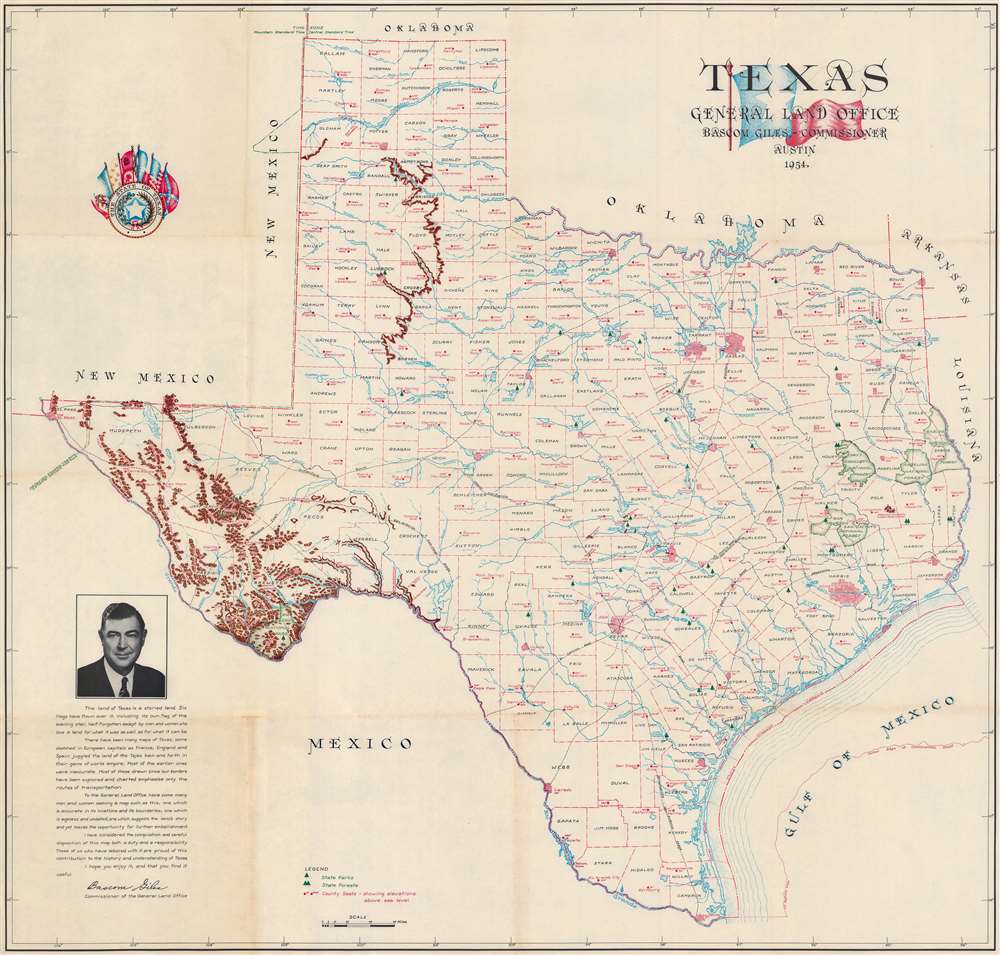 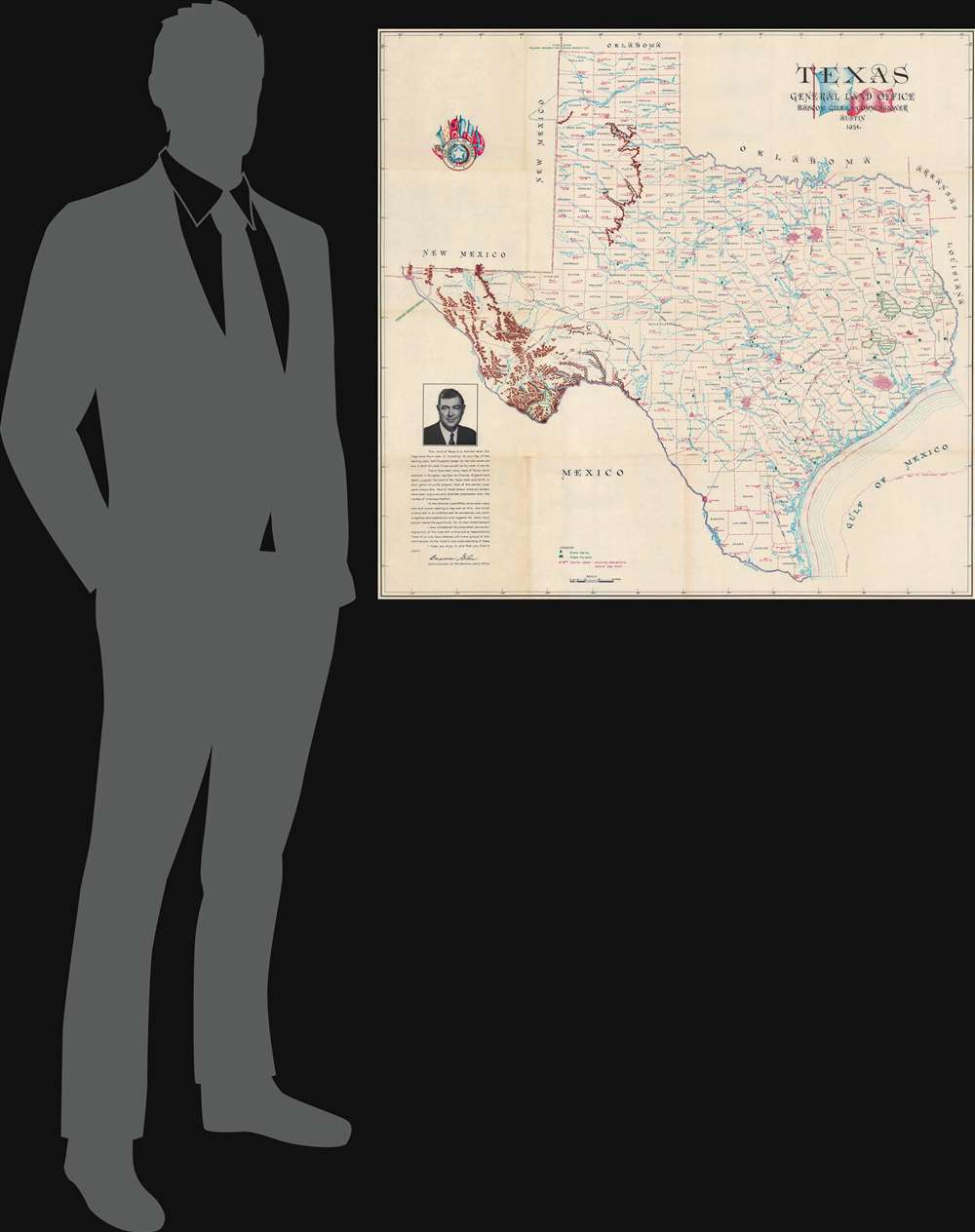 This is a 1954 Texas General Land Office and Eltea Armstrong map of Texas. The map features a portrait of Bascom Giles at the height of his power as head of the Texas Land Office, and just months before his fall in the Veterans Land Board Scandal. Austin, Dallas, Fort Worth, Abilene, Houston, and San Antonio, are emphasized by 'street grids' relating their relative size. Green areas highlight national forests and Big Bend National Park. Mountains in West Texas are illustrated pictorially. State parks and forests are indicated by green pine trees.

Bascom Giles and The Veterans Land Board Scandal


Eltea Bulea Armstrong (October 23, 1907 - September 2, 1996) (née Eppright) was an American cartographer. Born in Dale, Texas, Eltea moved with her family to Austin in 1915. She was introduced to drawing maps in a high school drafting class. While taking the course, a male classmate boldly declared to the class that no girls were capable of producing work as good as his, which apparently Eltea took as a personal challenge. She excelled in the class, even earning a person recommendation from her teacher for a job at the Miller Blueprint Company in downtown Austin. She worked there until 1935 when she was hired by the State Reclamation Department as a draftperson. The General Land Office (GLO) absorbed the Reclamation Department in 1939 and Eltea was tasked with compiling and drawing new county maps. Apparently, at that time it was estimated that one GLO county map required 900 working hours to complete. Over the course of her thirty-seven-year career with the GLO, she is credited with creating seventy county maps. All seventy of her maps are still in use as the official working GLO county map, with survey edits are made on her original manuscripts which are housed in the GLO map vault. Eltea, a student of history, incorporated history into all the county maps, with a particular focus on conflicts between Anglo settlers and Native Americans. She incorporated visual elements into her maps as well, including artistic renderings of battles between these two groups. She retired from the GLO in 1972. During her retirement, and even during her free time while working for the GLO, she created scrolls and lettering certificates for friends, acquaintances, and even dignitaries! These included governors of Texas, President Camacho of Mexico, the Shah of Iran, the King and Queen of Greece. Learn More...


James Bascom Giles (September 21, 1900 - July 7, 1993) was an American politician who served as Texas Land Commissioner from 1939 until 1955. Born near Manor, Texas, Giles joined the General Land Office as a draftsman in September 1919. He rose through the agency, eventually becoming associated with the State Tax Board as chief abstractor in November 1936. He resigned that position to fun for Commissioner of the Texas General Land Office on April 8, 1938, won, and was reelected eight times. The Veterans' Land Board Scandal, in which Giles was implicated and convicted, broke weeks after Giles's reelection in 1954. Uncovered by Roland Towery, the managing editor if the Cuero Record, the scandal involved land speculators paying veterans to sign applications for land grants for which the businessmen would pocket the money. Giles eventually resigned from office, was convicted of accessory to theft, plead guilty to the rest of the charges filed against him, and served three years in the Texas State Penitentiary. Towery won the 1955 Pulitzer Prize for his reporting. Learn More...