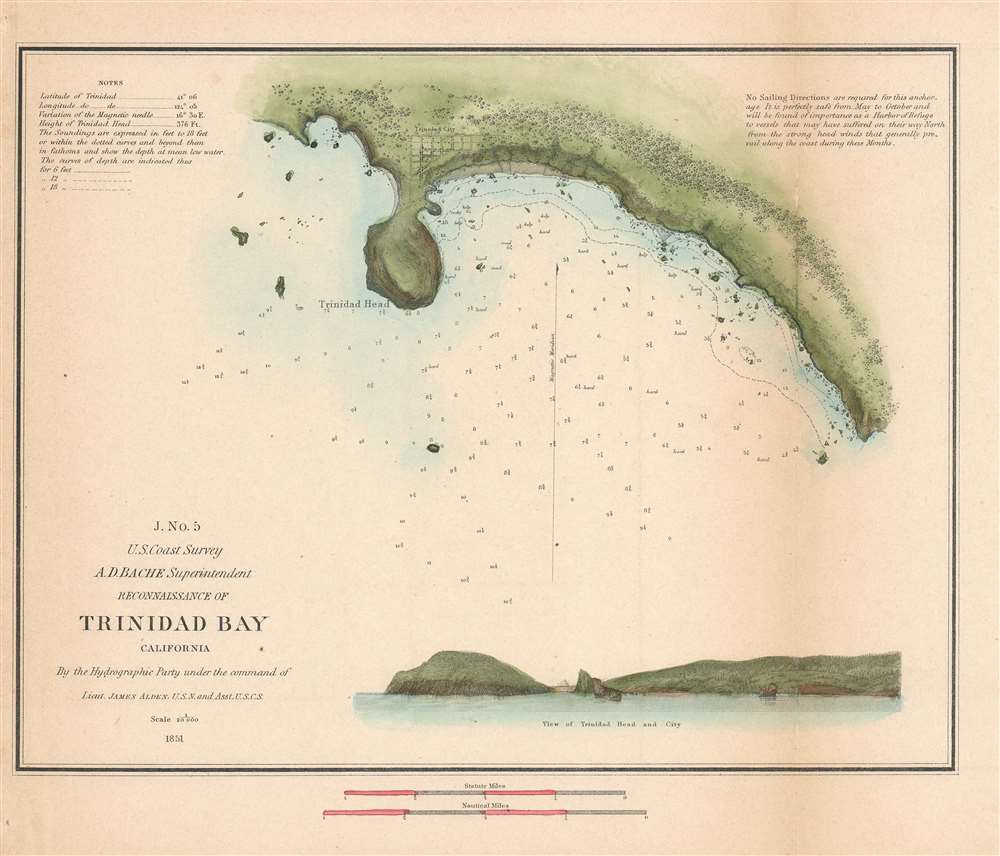 This is a nice example of the 1851 U.S. Coast Survey chart or map of Trinidad Bay, California. Centers on Trinidad Head and includes details noting Trinidad City, including a street grid. A beautiful elevation profile and view of Trinidad Head and City is also included in the lower right quadrant. Countless depth soundings are noted throughout including notes on sailing directions and other information important to the mariner. This chart was compiled by the hydrographic party under the command of Lieut. James Alden and was issued under the direction of A. D. Bache, Superintendent of the Survey of the Coast of the United States and one of the most influential American cartographers of the 19th century.