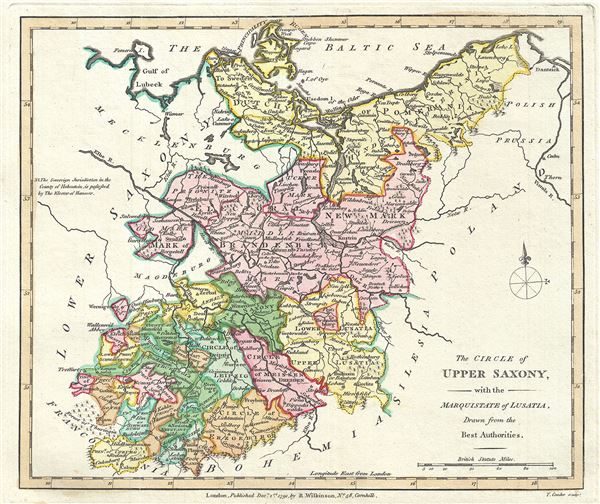 This is an attractive 1791 map of Upper Saxony, in what is now Mitteldeutschland, by Robert Wilkinson. The map covers from the Baltic Sea in the north to Bohemia to the south and from Lower Saxony in the west to Silesia, Poland to the east. It notes numerous towns, cities, rivers, mountains and forests throughout. .

This map was engraved by Thomas Conder and issued as plate no. 16 in the 1792 edition of Robert Wilkinson's General Atlas.