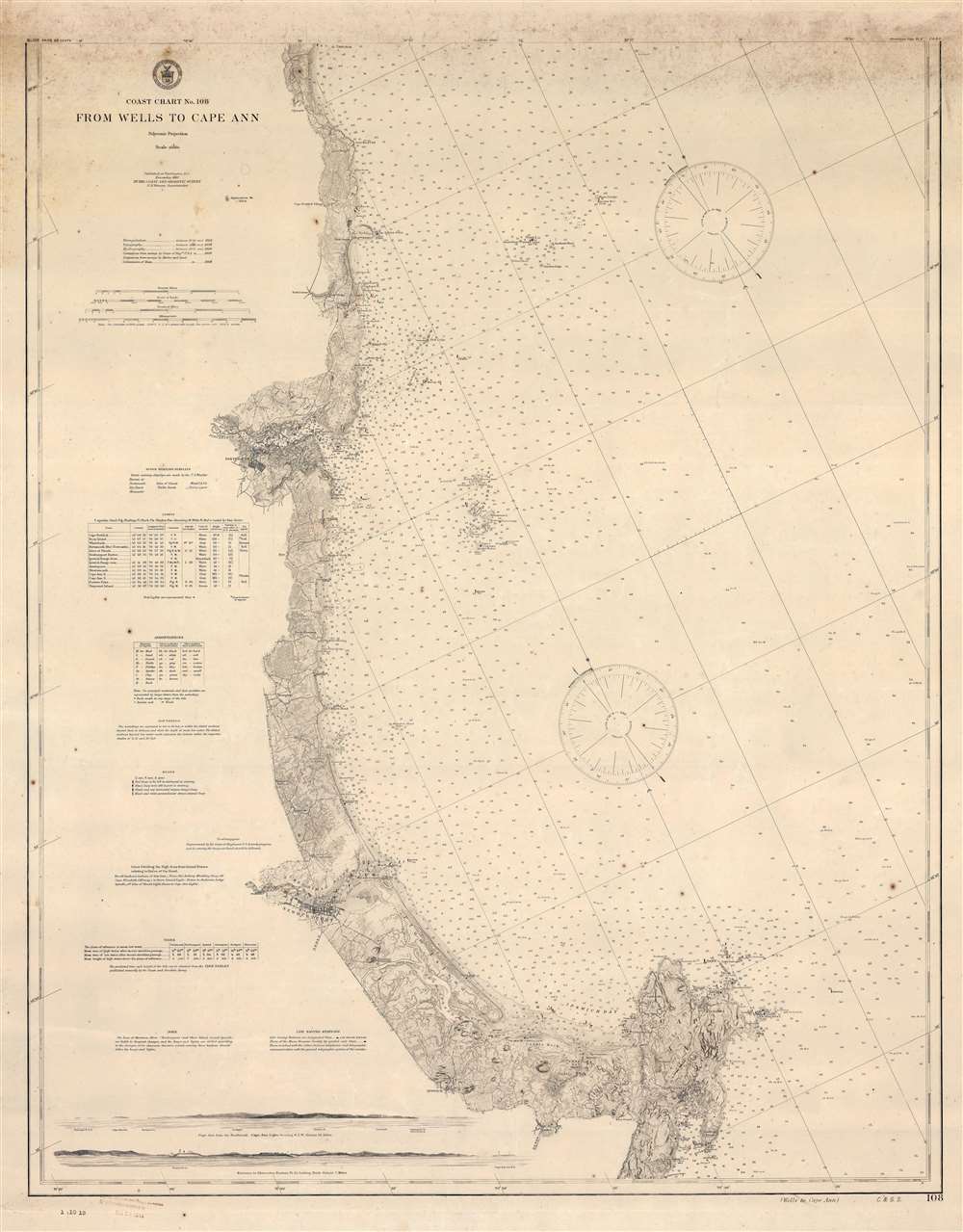 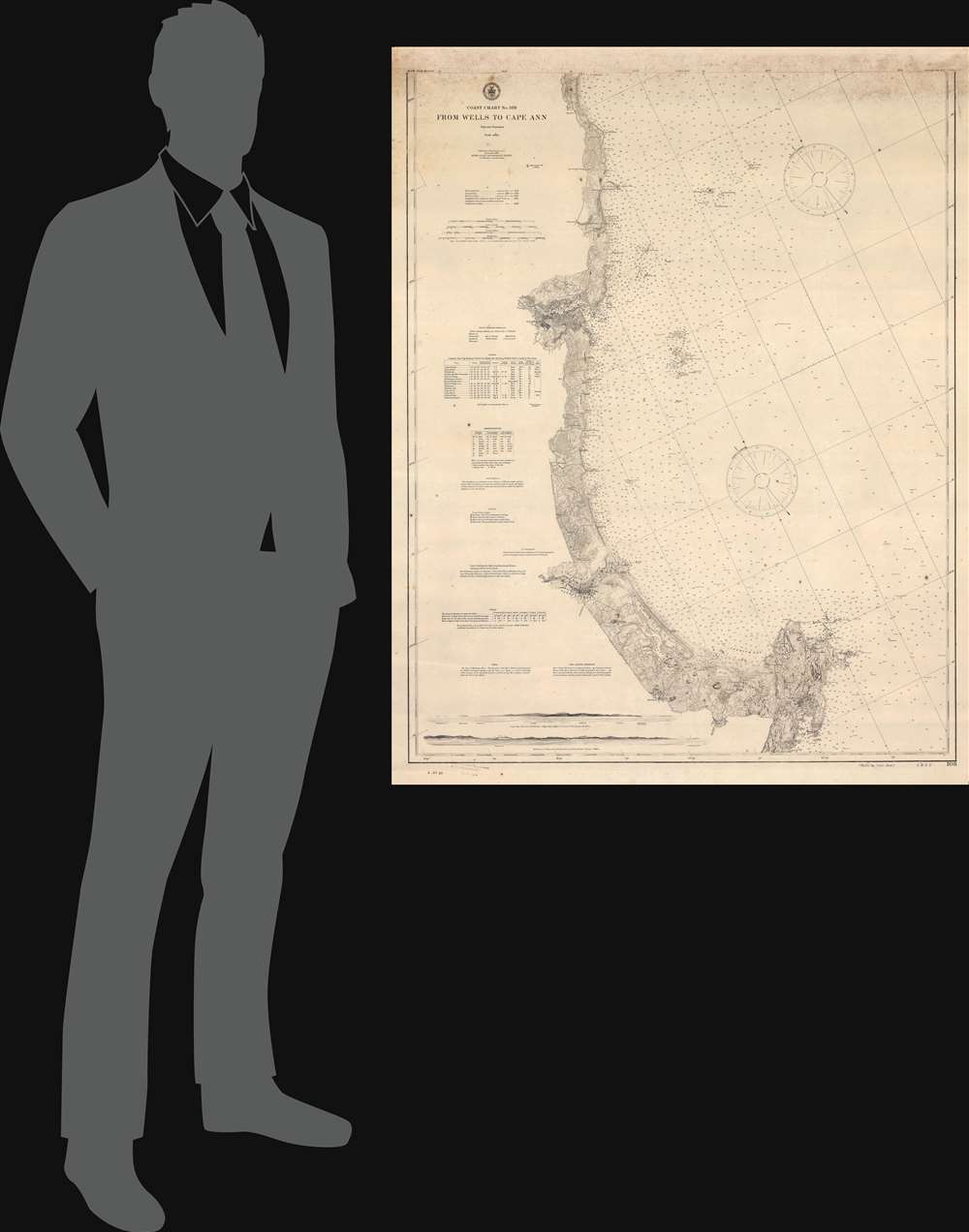 This is a 1910 / 1913 U.S. Coast and Geodetic Survey nautical chart or maritime map of the North Shore, Cape Ann, Massachusetts. Depicting the Massachusetts coast from Wells Beach to Popplestone Ledge south of Cape Ann, countless depth soundings provide navigational aid to mariners plying these waters. Bays, points, and other coastal features are identified. Aids to avoid hazards, such as whistles, bells, and lights, are all indicated as well. Newburyport and Gloucester are the two largest settlements illustrated. All other villages are small and marked by only a handful of buildings. Roads and railroads are also depicted. Two coastal views are situated in the lower left. One depicts Cape Ann from the north and the other the entrance to Gloucester Harbor. Information concerning tides, buoys, abbreviations, and other practical information for the mariner are included along the left.

This map was created under the supervision of O.H. Tittmann and published in 1910 by the U.S. Coast and Geodetic Survey. A stamp in the lower left corner indicates that the present example has been updated to January 1913, hence the tentative date. The OCLC does not catalog any examples of the present edition or the 1910 edition, but it does state that a handful of editions issued both before and after the present map was published.

Very good. Exhibits light toning, especially in upper margins.
Looking for a high-resolution scan of this?