1851 U.S. Coast Survey Map or Chart of the Coast of California and Oregon 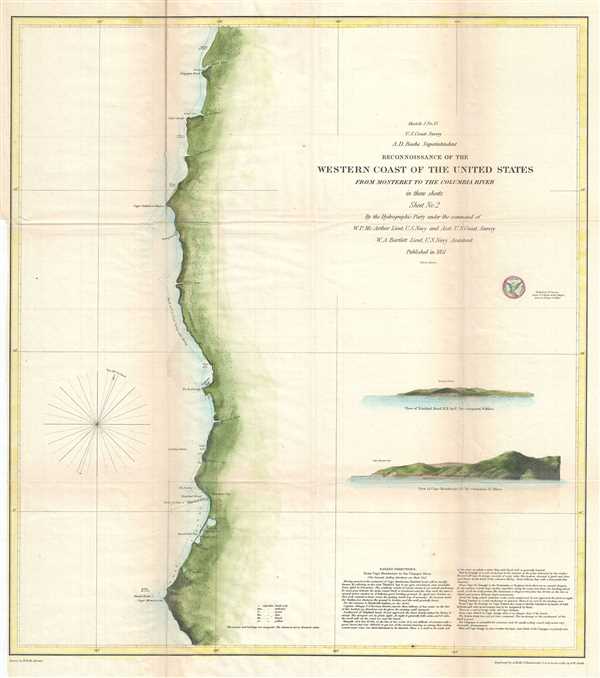 1851 U.S. Coast Survey Map or Chart of the Coast of California and Oregon

Beautiful nautical chart detailing the coastline of California and Oregon.

This is an attractive 1851 U.S. Coast Survey chart of the California and Oregon Coast. It covers from Cape Mendocino north to Umpqua Head and includes Trinidad City and Eureka. This map is the second sheet of three, which together chart the entire western coast of the United States from Monterey Bay north as far as the Columbia River. Perhaps the most interesting feature of this chart are the two coastal views including ‘View of Trinidad Head,' and the ’View of Cape Mendocino’. Copious notes and sailing instructions in the lower right hand quadrant of the map are an interesting read for the nautically inclined. The chart was prepared and under the supervision of A. D. Bache, one of the most important and influential superintendents of the U.S. Coast Survey in the 19th century. Published in the 1851 edition of the Superintendent's Report.

Very good. Some wear and toning along original fold lines. Split along centerfolds repaired on verso. Minor spotting.
Looking for a high-resolution scan of this?