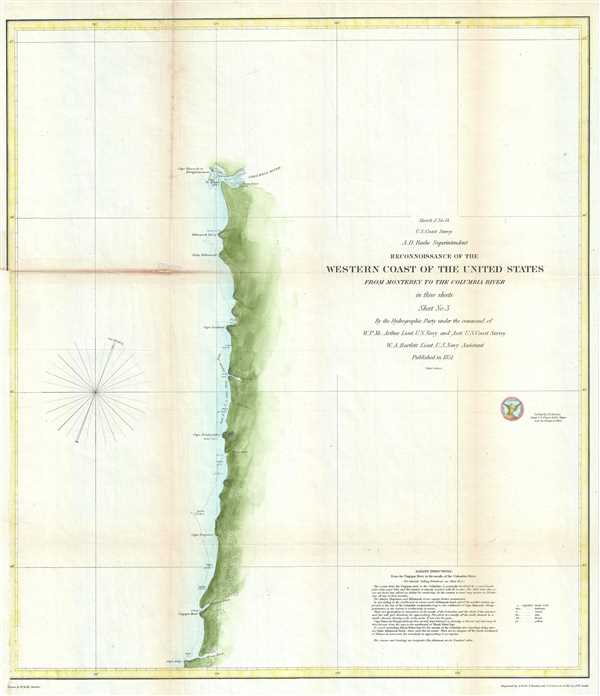 Attractive map of the Western Cost of the United States with nautical markings down the coast.
$200.00