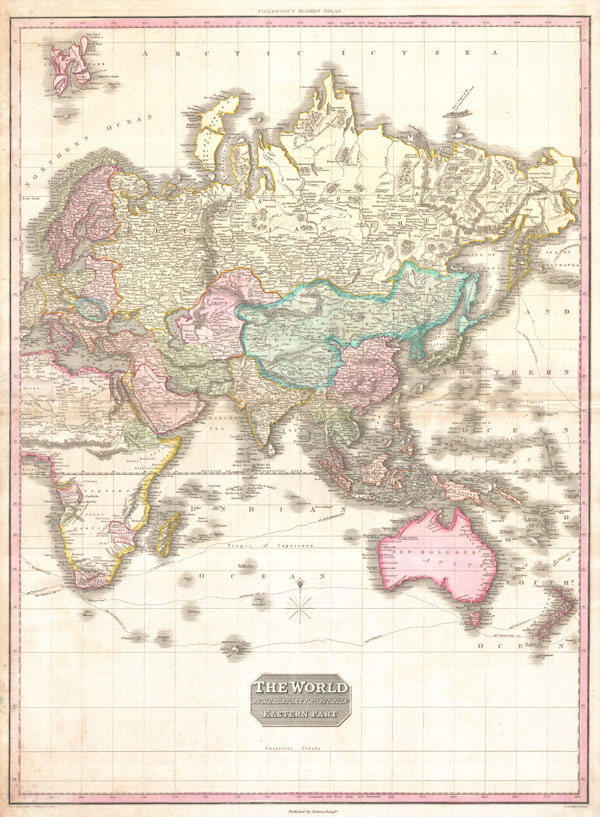 A rare and important 1818 map of the Eastern Hemisphere by John Pinkerton. Depicts Asia, Europe, Africa and Australia. The routes of various important explores are noted, including Cook, Vancouver, Perouse, and the return route taken by Cook's ship, the Resolution, following his death in Hawaii.

This map offers fairly accurate shorelines throughout. In Africa, the interior remains unexplored except for the Congo, the Cape Colony, the gold mining regions of Monomotapa, and Abyssinia. Similarly, the coasts of Australia are accurate but the interior is vague and unknown. In Asia there are several notations regarding unexplored territories in southwestern China and Central Asia.