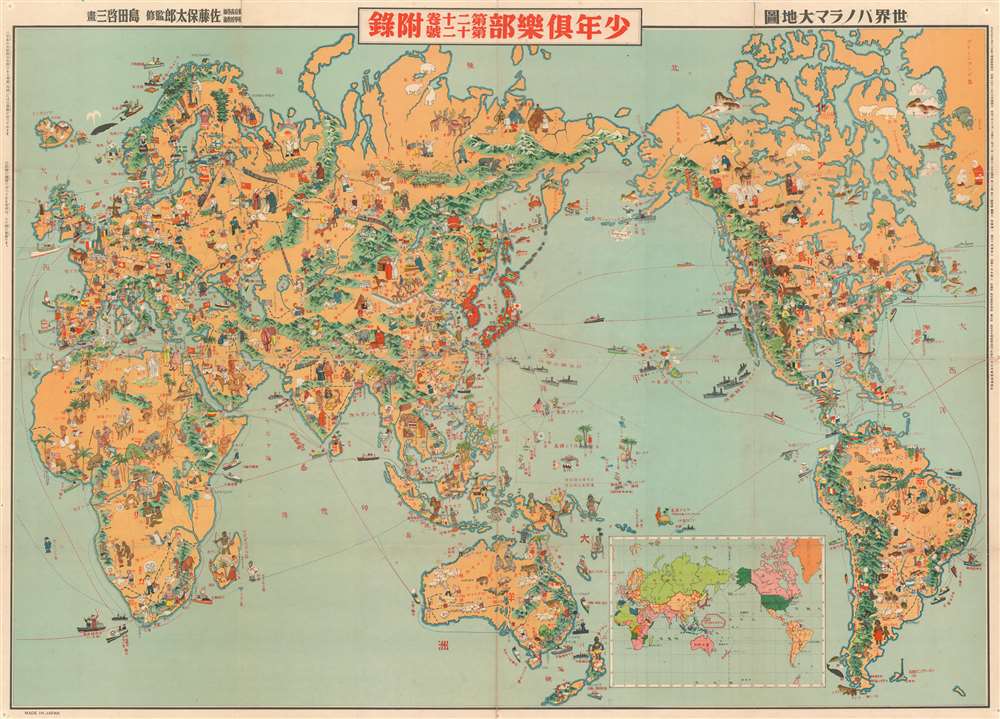 This map is quite rare. It was published as a free insert in the December 1933 issue of Japan Youth Club or Shonen Club, a monthly boys' magazine that was issued by Yasutarō Satō (佐藤保太郎) from 1914 to 1946. We have been able to identify only one example in an institutional collection at David Rumsey Center, Stanford.