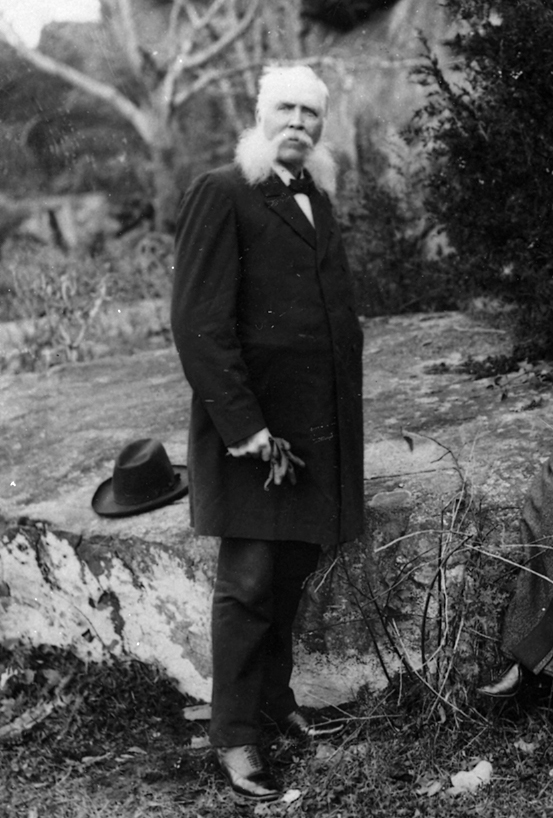 John Badger Bachelder (September 29, 1825 – December 22, 1894), also spelled Batchelder, was an American portraitist, landscape artist, lithographer, cartographer, and photographer. In his life he was best known as the preeminent expert on the 1863 Battle of Gettysburg, of which he produced the most iconic representation. Bachelder was born in Gilmantown, New Hampshire and was educated at Captain Alden Partridge's Military School in Pembroke. Upon graduating he relocated to Reading, Pennsylvania, where he took a position at the Pennsylvania Military Institute. He became the head of that institution in 1851. In 1852 he was appointed colonel of the Pennsylvania State Militia. Around 1853 Bachelder returned to New Hampshire to pursue a career as an artist, publishing various views of New England towns; 1854 found him living and working in Manchester, and perhaps this is what led him to produce four views of the city - more than any other place he depicted in print. Bachelder's military training influenced his art materially and he developed a lifelong interest in depicting the dynamics of great battles on canvas. When the American Civil War broke out in 1861, Bachelder was working on a view of the Revolutionary War battle of Bunker Hill. From his work on the Bunker Hill view, Bachelder noted how difficult it was to reconstruct a battle long after the events when most major participants had passed on. He saw an opportunity in the outbreak of the Civil War and attached himself to the Union Army of the Potomac in the hopes of being present at a major battle. He was welcomed on the battlefield, where his accurate drawings helped the generals to better understand the conflicts in question. His most significant work his an impressive bird's-eye view of the Battle of Gettysburg. Though not present at the battle, he was there day's after, and claims to have interviewed the commanders of every regiment and battery in the Army of the Potomac, as well as thousands of wounded soldiers on both sides of the conflict. His work was so precise and significant he was commended to President Lincoln and later took a position as Superintendent of Tablets and Legends for the Gettysburg Battlefield Memorial Association. He is responsible for the monuments and battlefield markers, both Union and Confederate, that can still be noted today at Gettysburg. He also organized reunions and battlefield tours. Bachelder died of Pneumonia in Hyde Park, Massachusetts, in 1894. He is interred in his family plot in Nottingham, New Hampshire.