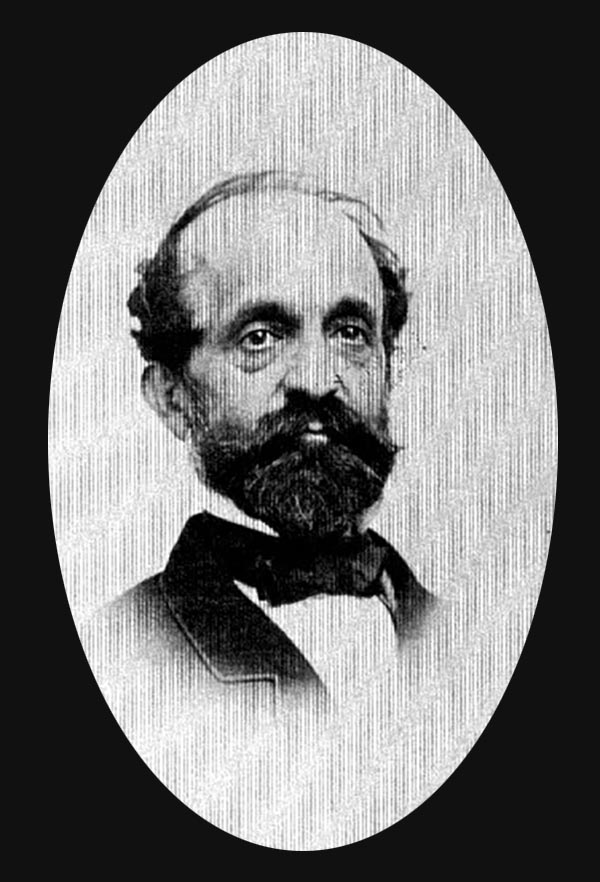 John Henry Bufford (July 27, 1810 - October 8, 1870) was a Boston based lithographer and printer. Bufford was born in Portsmouth, New Hampshire. He apprenticed as an artist and lithographer at Pendleton Lithography (1825 - 1836) of Boston. In 1835 he relocated to New York where he took independent commissions from George Endicott and Nathaniel Currier, among others. Returning to his hometown of Boston in 1839, he took a position of chief artist with the firm of Benjamin W. Thayer, heir to Pendleton Lithography. He probably married Thayer's sister, Anna Melora Tufts Thayer (1808-1878). Bufford has been highly criticized as an engraver, with one historian, David Tatham, stating he had 'a mediocre sort of craftsmanship at best' and 'no very special skills as an original artist.' We, however, find no justification for this harsh criticism. Instead Bufford gravitated toward business and management. By 1844 Thayer's shop was renamed J. H. Bufford and Company. The firm specialized in decorative sheet music, panoramic views, illustrations for books, retractions of paintings, and commercial printing. Bufford is credited with being one of the first employers and mentors of the important artist and engraver Winslow Homer. Bufford died in 1870, passing on the business to his sons Frank G. Bufford and John Henry Bufford Jr. These young men, operating under the imprint of 'J.H. Bufford's Sons, Manufacturing Publishers of Novelties in Fine Arts', expanded the firm with offices in New York and Chicago. The firm finely closed down around 1900.

1859 Boardman Map of the White Mountains in New Hampshire