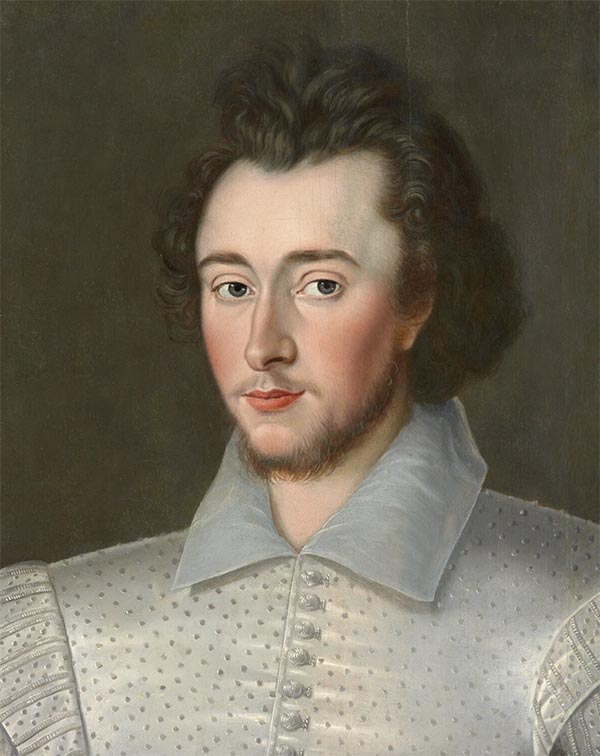 Sir Robert Dudley (August 7, 1573 - September 6, 1649) was an English explorer and cartographer, the publisher of the Dell’Arcano de Mare, one of the greatest nautical atlases of all time. He was the illegitimate son of Robert Dudley, 1st Earl of Leicester (a favorite of Queen Elizabeth I) and Douglas Sheffield, the widow of John Sheffield, 2nd Baron Sheffield. In 1594, Dudley led an expedition across the Atlantic, with the intent of harassing Spanish merchantmen. His expedition met with a series of misfortunes, but successfully returned to England the following year. In 1596, Dudley joined an expedition led by Robert Devereux, 2nd Earl of Essex, against Cadiz. He served as the commander of the Nonpareil, and was knighted for his conduct in the capture of Cadiz. In 1603, Dudley made an attempt to establish his legitimacy at court and gain several inheritances, after being (possibly erroneously) informed that his parents had been secretly married. No concrete proof of the marriage could be furnished, thus the judgement was handed down against him in May 1605. Dudley left England in July of the same year, with his lover and cousin Elizabeth Southwell, who was disguised as his page. They married in Lyon in 1606 having received a papal dispensation. The couple settled in Florence, where Dudley began using his father’s title, Earl of Leicester, and his uncle’s, Earl of Warwick. In Florence, Dudley designed and built warships for the arsenal at Livorno and became a naval advisor to Ferdinand I, Grand Duke of Tuscany. In 1607, James I revoked Dudley’s travel license once ordered that he return to provide for his deserted wife and family. Dudley refused, was subsequently labeled an outlaw, and his estate was confiscated. By far Dudley’s most important work was the Dell’Arcano del Mare (Secrets of the Sea). His most celebrated achievement, is the atlas of sea charts of the world which accompanied the work. This maritime atlas was the first nautical atlas of the entire world in print, the first made by an Englishman, the first to show prevailing winds and currents, and the first to use the Mercator projection throughout.