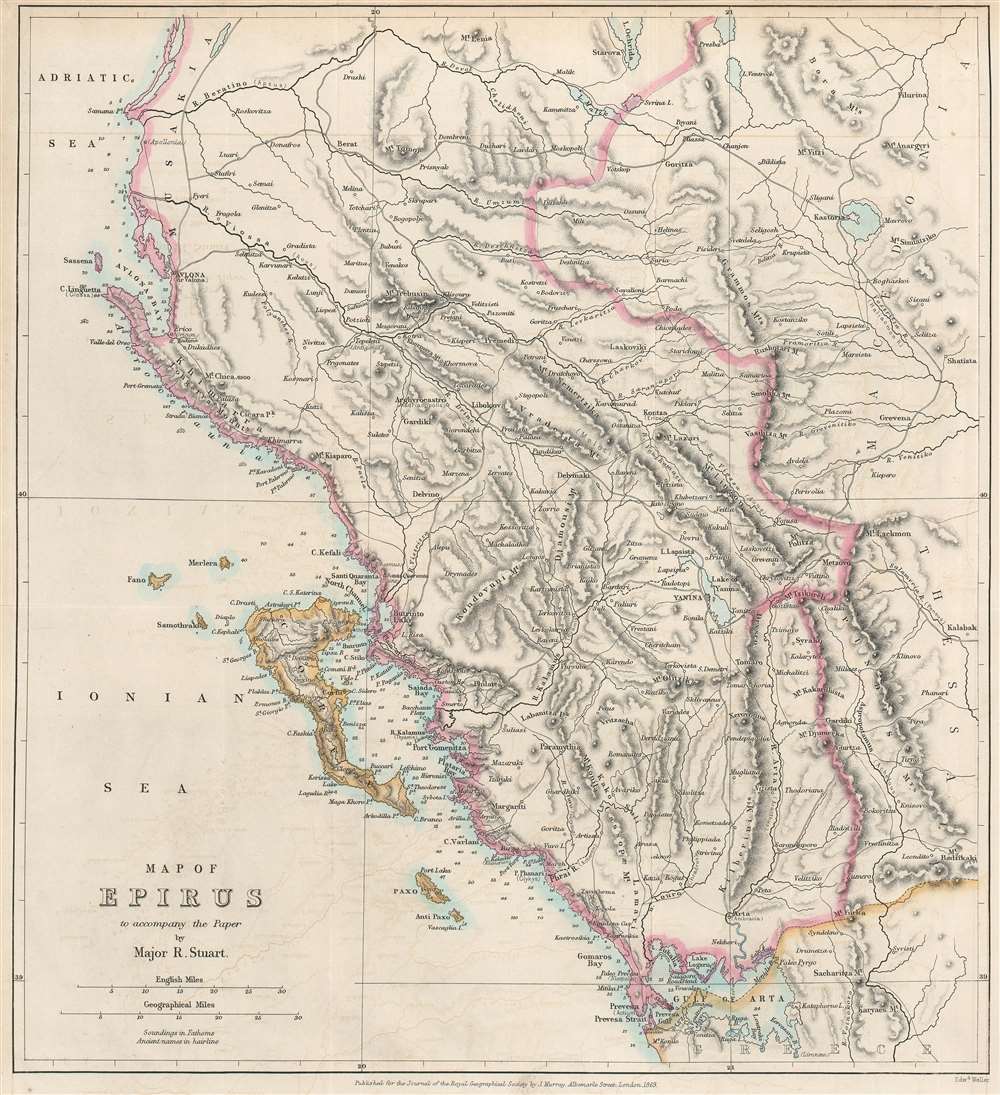 Corfu, a popular tourist destination for the ultra-wealthy.

An important geographical region in antiquity and a popular tourist destination today, this is an 1869 John Murray map of Corfu and Epirus, Greece. Corfu appears in the Ionian Sea just off the coast of Epirus. Cities and towns throughout, including Corfu, the largest city on the island of Corfu, and Ioannina (labeled here as Yanina), the regional capital.

Corfu has been a magnet for the wealthy for centuries. The island played a critical role in many Ancient Greek myths and became a focal point of the Peloponnesian War (431 - 405 B.C.E.). Then, it became part of the Roman and Byzantine Empires before falling under the sway of Venice. Under Venetian rule Corfu served as a bastion against Ottoman incursion into the Adriatic. The island was ceded to the French in 1797 and became a British protectorate after the Napoleonic Wars (1803 - 1815). Even before the 20th century, the island was a popular destination for Europe's royals and elites. In the 20th century tourism became Corfu's primary industry. British holiday companies began developing both the north and south coasts. After World War II, package holiday resorts began opening and the island became a much less exclusive destination. Today the island welcomes thousands annually.

The Battle of Actium

Perhaps the most important historic event on Corfu was the Battle of Actium ()September 2, 31 BCE), fought near Preversa and Preversa Strait, both of which are labeled here. Fought between Octavian (who would become Emperor Augustus) and the armies of Mark Antony and Queen Cleopatra, the Battle of Actium saw the destruction of Antony's and Cleopatra's fleet securing Octavian, or Augustus's, place as the 'first citizen' of Rome.

This map was created by John Murray and engraved by Edward Weller for publication in Volume 39 of The Journal of the Royal Geographical Society of London in 1869. Although not in the OCLC, a separate example is recorded in the Princeton University Libraries.