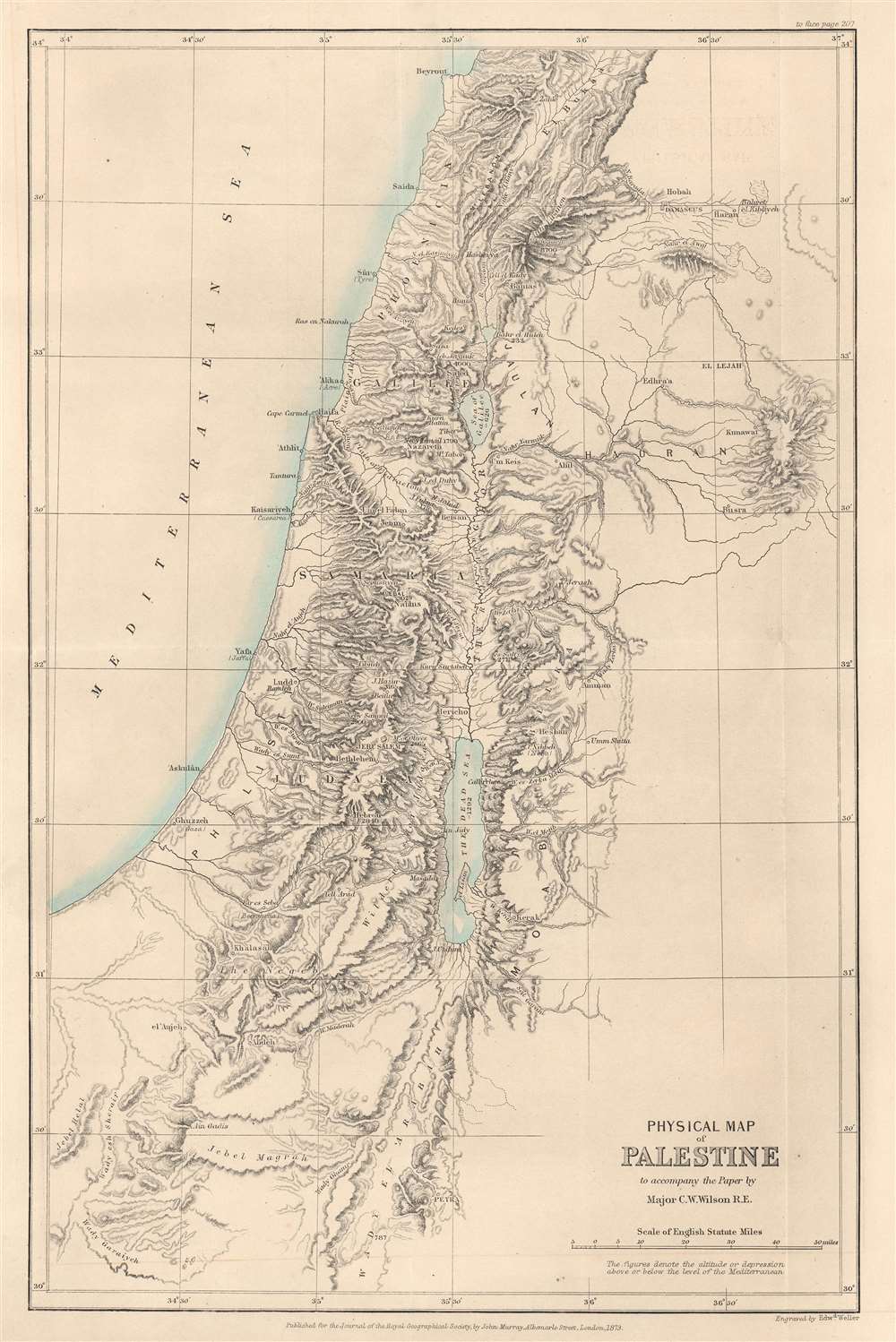 This is an 1873 John Murray map of Palestine, Israel, and the Holy Land highlighting the region's physical features. Depicting from Beirut south to Petra, the region's striking topography becomes immediately apparent. Many peaks are identified, including the Mount of Olives near Jerusalem, and their elevations provided. Both the Dead Sea and the Sea of Galilee are illustrated and labeled. The region's river network is detailed as well. Haifa, Jaffa, Tyre, Bethlehem, Hebron, Jericho, and Gaza are among the identified cities.

This map was engraved by Edward Weller and published by John Murray for the Journal of the Royal Geographical Society. An example is part of the institutional collection at Princeton University. This map is not cataloged in OCLC.