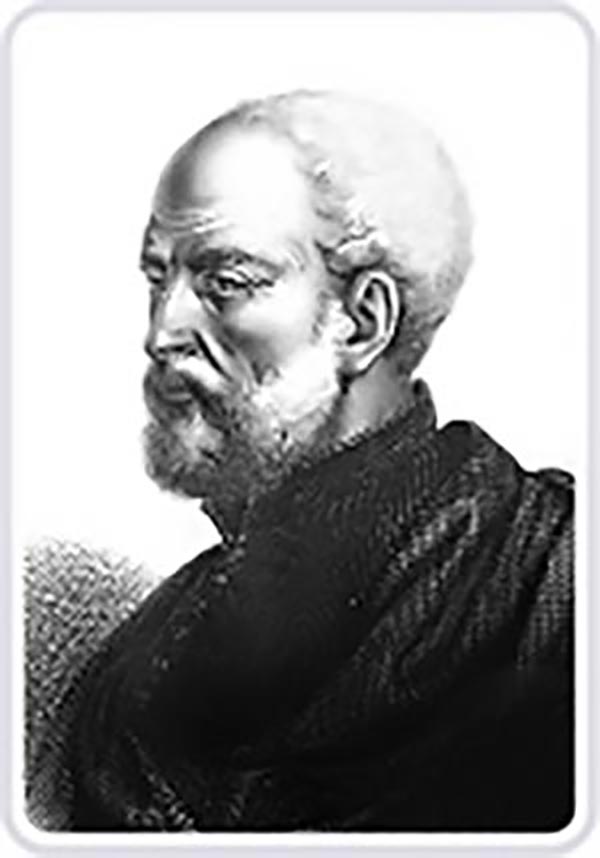 Giovanni Battista Ramusio (July 20, 1485 - July 10, 1557) was an Italian civil servant, humanist, scholar, historian, and geographer active in the middle part of the 16th century. Ramusio spent most of his life in the service of the Republic of Venice, first as part of that state's embassy to France, and later as a reporter on voyages and discoveries. He was born to an illustrious family in Treviso and moved to Vencie as a young man, where his father was a magistrate. He studied at the University of Padua but may not have received a full degree. He entered the civil service shortly after leaving the university and was immediately assigned to diplomatic service for his facility with languages, particularly French. His most significant contribution to cartography is his publication of Navigationi et Viaggi a collection of travel narratives he collected in his service to the state. The narratives include those of Marco Polo, Niccolò Da Conti, Magellan, Alvar Nuñez Cabeza de Vaca, Giosafat Barbaro, and Tomé Pires, among others. Some of the voyages appearing in the Navigationi et Viaggi are otherwise unknown, marking it as an exceptionally important volume. Ramusio died in Venice in 1557.