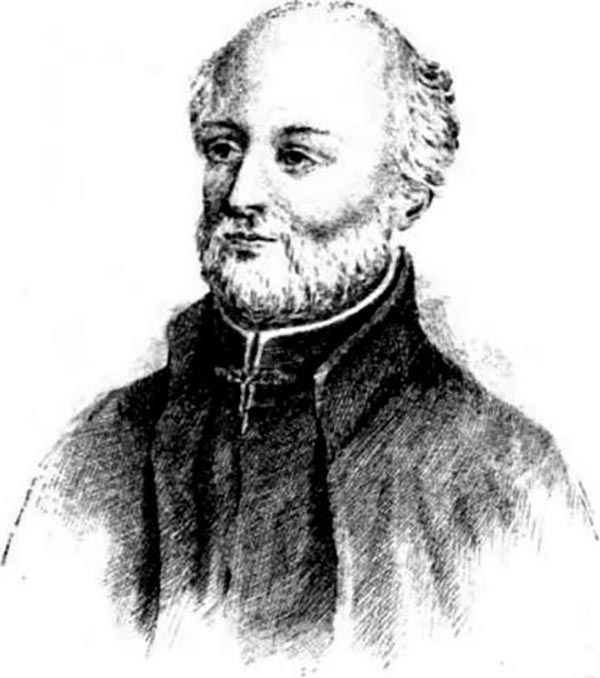 Pierre François Xavier de Charlevoix, S.J. (October 24 or 29, 1682 – February 1, 1761) was a French Jesuit priest, traveller, and historian, often considered the first historian of New France. He is best known for his Histoire et description generale de la Nouvelle France, in spite of the work being primarily based upon the manuscripts compiled by Gaspard-Joseph Chaussegros de Lery, a French Canadian military engineer active throughout the Great Lakes region in the early 18th century. Charlevoix had been commissioned by the French Crown and the Duke of Orleans to explore French holdings in the Americas, primarily in order to find a profitable route to the Pacific - perhaps via the rivers and lakes west of the Great Lakes suggested by De l'Isle and Lahontan. Charlevoix was not above inventing discoveries: the imaginary islands in Lake Superior that appear frequently in 18th century maps can be laid at Charlevoix's feet, the results of his efforts to flatter his patrons (and patron saints.)