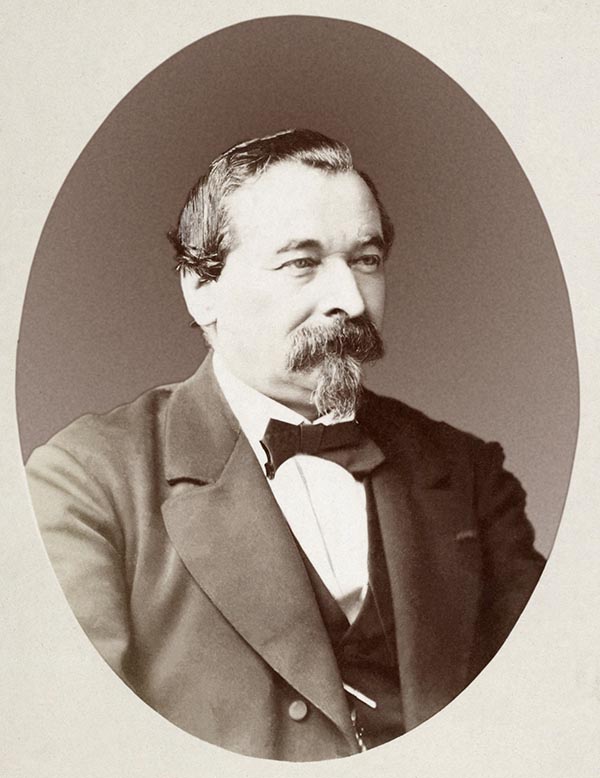 Georges Erhard Schièble (1823 – November 23, 1880) was a German printer active in Paris during the middle to late 19th century. Erhard was born in Forchheim, Baden-Württemberg, and relocated to Paris in his 16th year, where he apprenticed under his cousin, an engraver and mapmaker. In 1852, after 6 years with the Royal Printing Office, he started his own business. Around this time, he also became a naturalized French citizen. From his offices on Rue Bonaparte, he produced several important maps, and a detailed topography of Gaul for Napoleon III's History of Julius Caesar. In 1865 he took on larger offices expanding his operations to include a lithographic press. He was among the first to introduce printed color maps and pioneered photo-reduction, including the process known as Erhard reproduction. After Erhard's death in 1880, the firm was taken over by his sons and run under the imprint of 'Erhard Frères' until 1911.