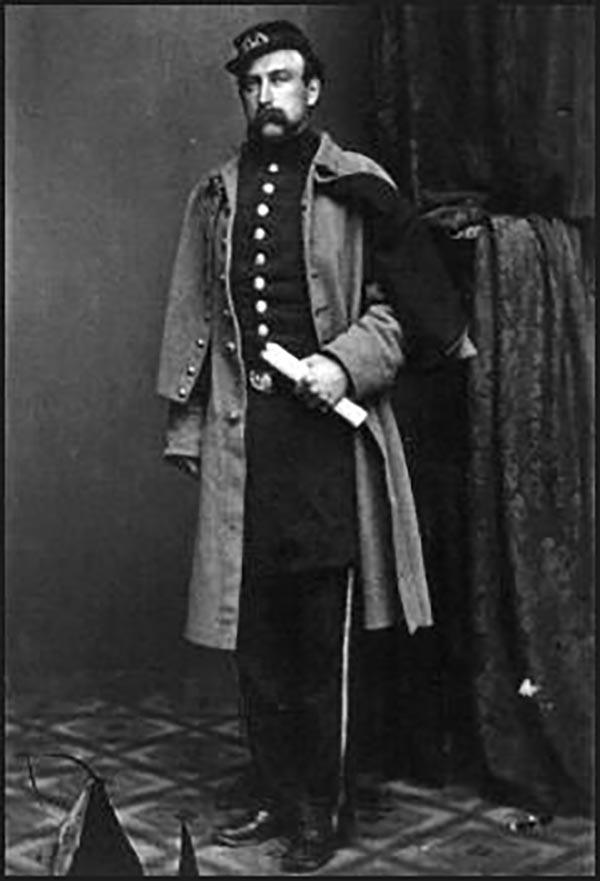 Egbert Ludovicus Vielé (June 17, 1825 - April 22, 1902) was an American civil engineer, cartographer, businessman, and politician active in New York City during the second half of the 19th century. Born in Saratoga County, Vielé attended the United States Military Academy at West Point. Graduating in 1847, he was commissioned as a brevet second lieutenant in the 2nd United States Infantry. He served in the Mexican-American War before resigning form military duty to pursue a career as a Civil Engineer in New York City. When the call came to plan New York City's Central Park in 1856, Vielé was established as Engineer-in-Chief of the project, and it was he who set down the guidelines by which Vaux and Olmstead ultimately planned the park. He held a similar position as engineer of Prospect Park, Brooklyn from 1860. It was most likely during his tenure with the park commissions that Vielé developed his theories connecting compromised natural drainage with sanitation and infectious disease. Vielé's great cartographic masterpiece, the Topographical Map of the City of New-York, euphemistically known as the 'Vielé Map' or 'Waterways Map' evolved out of the notion that epidemic level disease evolved from excess moisture in the soil. He contended that, as New York City expanded northwards, paving over stream beds and leveling out natural drainage channels, the underground waterways would stagnate and lead to plague or worse. Though intended for the purpose of urban planning, the Vielé Map's (as it came to be known) greatest legacy is as a construction tool. To this day, contractors, architects, and engineers consult the Vielé map to determine if unseen subterranean waterways need to be taken into account when preparing building foundations. He was elected as a Democratic representative to the Forty-ninth Congress (March 4, 1885 – March 3, 1887) and ran unsuccessfully for re-election in 1886. He was heavily involved in New York real-estate interests, but also owned shares of mining and railroad companies as far off as Colorado. Vielé died in April of 1902 and was buried in an elaborate Egyptian Revival tomb at West Point. Legend tells that Vielé, paranoid that he would be buried alive, an unfortunate but surprisingly common problem in the 19th century, installed a buzzer inside his coffin that would allow him to ring the school's commanding officer should the need arise. Apparently, it did not.