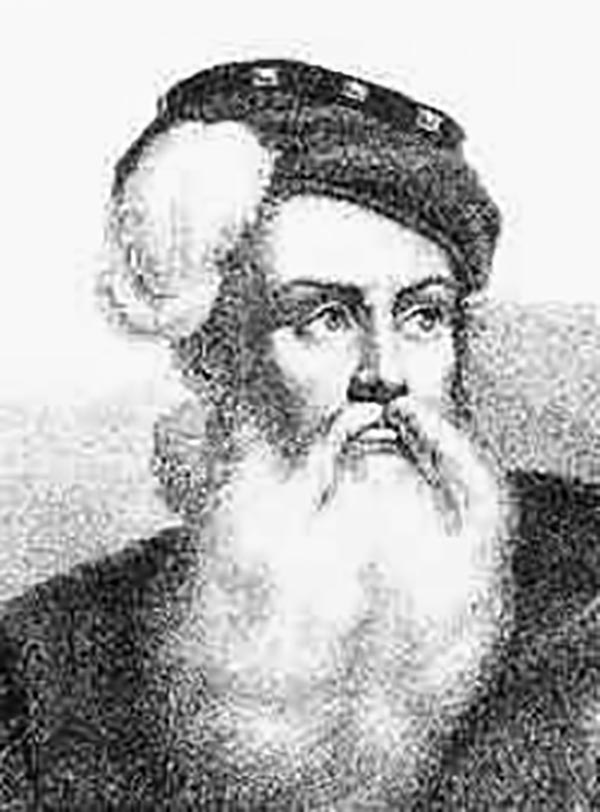 Anders Bure (August 14, 1571 - February 4, 1646) was a Swedish mathematician and cartographer. He is considered the father of Swedish cartography. He was the son of the parish priest Engelbertus Laurentii and Elisabeth Andersdotter Burea, descendant of the long-established Bureätten family. His immediate family included diplomats and government officials. His education is obscure, though he is mentioned as an office clerk in 1602. His duties in the following years involved recording royal genealogical and historical works, involving him in the highest echelons of Swedish society. He also participated in diplomatic assignments, including missions to both Russia and Finland. His cartographic contributions improved the mapping both of the northern parts of Sweden, and the kingdom as a whole. His six-sheet 1626 Orbis Arctoi represented the first real improvement to the mapping of the northern parts of Europe since the Olaus Magnus map of the previous century: this map would provide the basis for virtually every European map of Scandinavia to follow in the 17th century. In addition to these achievements, he was the first person recorded to use the decimal system in Sweden.