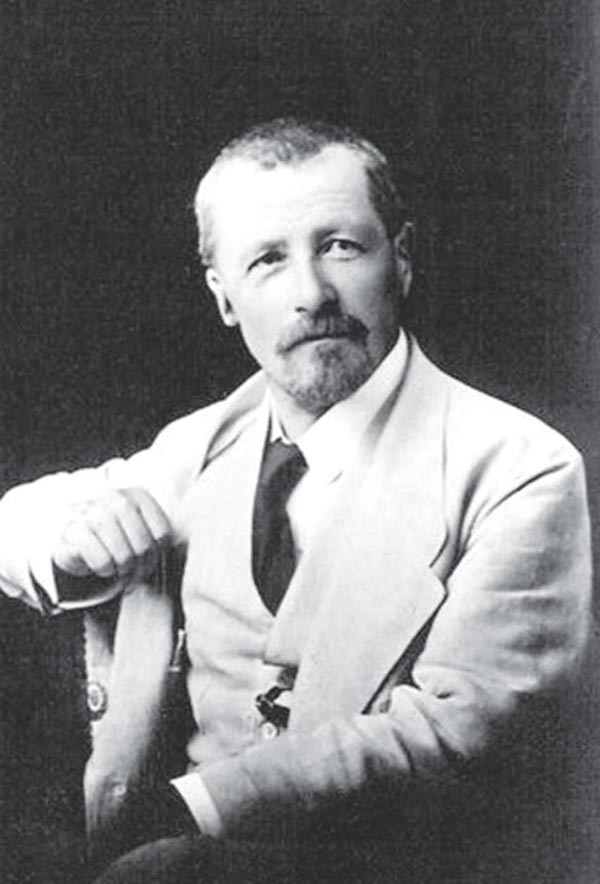 Charles Jacot-Guillarmod (1868 – August 14, 1925) was a Swiss topographical engineer active in the late 19th and early 20th century. Charles was born in Le Chaux-de-Fonds, in the Canton of Neuchatel, Switzerland. He attended the Eidgenössische Technische Hochschule Zürich (ETHZ), where he acquired a degree in Topographical Engineering. After graduating served the Swiss Federal Topographical Bureau from 1890 – 1914, contributed significantly to the Topographical Atlas of Switzerland. He was dismissed from his government topographical posted in 1914. Independent of a paid post he turned his attentions to his interested in high alpine cartography, producing two topographical sketches of Himalayan peaks (K2 and Kanchenjunga) based upon photographs taken by his cousin, the famed mountaineer Jules Jacot-Guillarmod. From 1916 to 1922 he relocated to Beijing where he taught geodesy and topography at the Chinese Army Survey School. There, he was also contracted to compile the 1919 second edition of the China Postal Atlas. When the Chinese government could no longer pay him, he returned to Switzerland in 1923 where he compiled a large scale topographic map of Mount Olympus. His final work was a large scale map of Mount Everest commissioned by the Royal Geographical Society, London, based upon the surveying achievements of a British expedition.