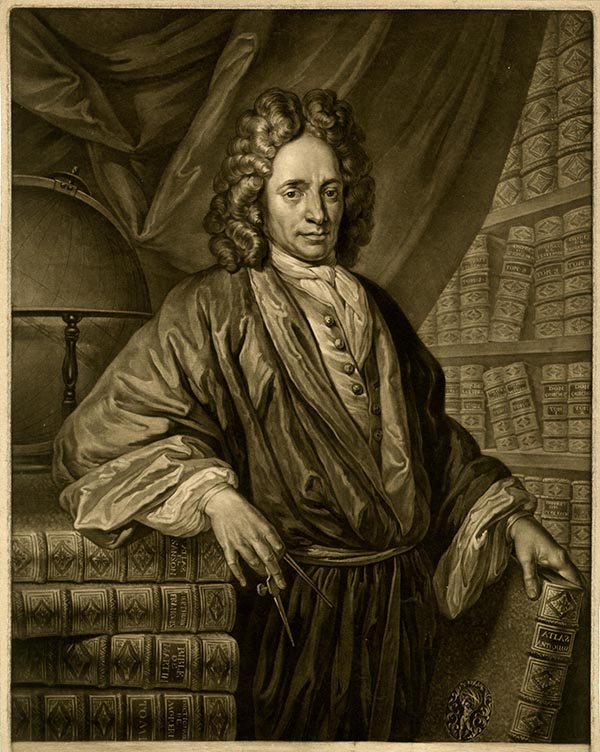 Pierre Mortier (January 26, 1661 - February 18, 1711) or Pieter Mortier was a cartographer, engraver, and print seller active in Amsterdam during the later 17th and early 18th centuries. Mortier, then known as Pieter, was born in Leiden. He relocated to Paris from 1681 to 1685, adopting the French name Pierre, which he retained throughout his career. While in France, he developed deep French connections by bringing sophisticated Dutch printing technology and experience to nascent French map publishers such as Guillaume De L'Isle (1675 - 1726), Alexis-Hubert Jaillot (c. 1632 - 1712), and Nicholas de Fer (1646 - 1720). Consequently, much of Mortier's business was built upon issuing embellished high quality editions of contemporary French maps - generally with the permissions of their original authors. In the greater context of global cartography, this was a significant advantage as most Dutch map publishes had, at this point, fallen into the miasma of reprinting their own outdated works. By contrast, the cartographers of France were producing the most accurate and up to date charts anywhere. Mortier's cartographic work culminated in the magnificent nautical atlas, Le Neptune Francois. He was awarded the Privilege, an early form of copyright, in 1690. Upon Pierre's death in 1711 this business was inherited by his widow. In 1721, his son Cornelius Mortier took over the day to day operation of the firm. Cornelius partnered with his brother-in-law Jean Covens to form one of history's great cartographic partnerships - Covens and Mortier - which continued to publish maps and atlases until about 1866.