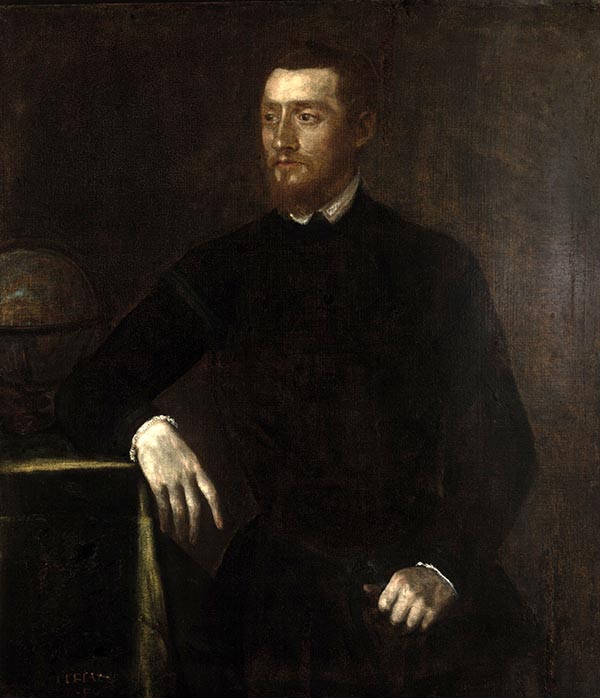 Gerard Mercator (March 5, 1512 - December 2, 1594) is a seminal figure in the history of cartography. Mercator was born near Antwerp as Gerard de Cremere in Rupelmonde. He studied Latin, mathematics, and religion in Rupelmonde before his Uncle, Gisbert, a priest, arranged for him to be sent to Hertogenbosch to study under the Brothers of the Common Life. There he was taught by the celebrated Dutch humanist Georgius Macropedius (Joris van Lanckvelt; April 1487 - July 1558). It was there that he changed him name, adapting the Latin term for 'Merchant', that is 'Mercator'. He went on to study at the University of Louvain. After some time, he left Louvain to travel extensively, but returned in 1534 to study mathematics under Gemma Frisius (1508 - 1555). He produced his first world map in 1538 - notable as being the first to represent North America stretching from the Arctic to the southern polar regions. This impressive work earned him the patronage of the Emperor Charles V, for whom along with Van der Heyden and Gemma Frisius, he constructed a terrestrial globe. He then produced an important 1541 globe - the first to offer rhumb lines. Despite growing fame and imperial patronage, Mercator was accused of heresy and in 1552. His accusations were partially due to his Protestant faith, and partly due to his travels, which aroused suspicion. After being released from prison with the support of the University of Louvain, he resumed his cartographic work. It was during this period that he became a close fried to English polymath John Dee (1527 - 1609), who arrived in Louvain in 1548, and with whom Mercator maintained a lifelong correspondence. In 1552, Mercator set himself up as a cartographer in Duisburg and began work on his revised edition of Ptolemy's Geographia. He also taught mathematics in Duisburg from 1559 to 1562. In 1564, he became the Court Cosmographer to Duke Wilhelm of Cleve. During this period, he began to perfect the novel projection for which he is best remembered. The 'Mercator Projection' was first used in 1569 for a massive world map on 18 sheets. On May 5, 1590 Mercator had a stroke which left him paralyzed on his left side. He slowly recovered but suffered frustration at his inability to continue making maps. By 1592, he recovered enough that he was able to work again but by that time he was loosing his vision. He had a second stroke near the end of 1593, after which he briefly lost speech. He recovered some power of speech before a third stroke marked his end. Following Mercator's death his descendants, particularly his youngest son Rumold (1541 - December 31, 1599) completed many of his maps and in 1595, published his Atlas. Nonetheless, lacking their father's drive and genius, the firm but languished under heavy competition from Abraham Ortelius. It was not until Mercator's plates were purchased and republished (Mercator / Hondius) by Henricus Hondius II (1597 - 1651) and Jan Jansson (1588 - 1664) that his position as the preeminent cartographer of the age was re-established.