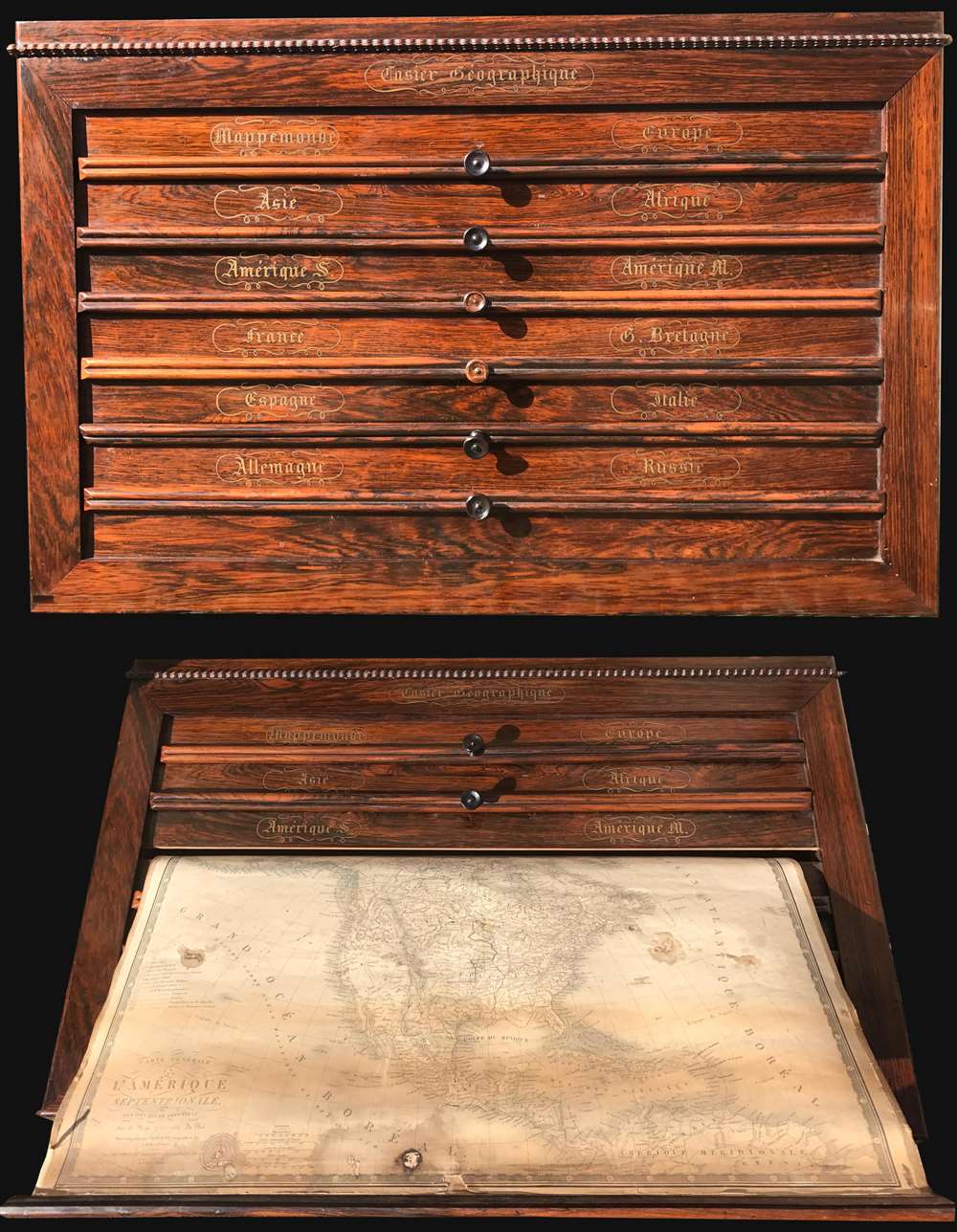 The Caiser Géographique or 'Geographical Locker' was issued by Charles Picquet and A. Brue. This wall mountable atlas is constructed of solid rosewood with masterful brass inlay. The box contains six spring loaded pulls, each attached to two maps, for a total of 12 maps. The maps are mounted on linen and can be pulled out and returned to the case by turning little wooden knobs on the right side of the case.

The Caiser Géographique was a somewhat unique cartographic innovation. It was designed with fine woods and exceptional workmanship to grace the gentleman's library. To our knowledge, only Brue/Picquet issued these cabinets. The earliest appeared around 1820 in somewhat baroque French Empire sthle. The present example, with brass inlay and a more streamlined ethic, appears to have been issued in 1840 based upon the dating of the individual maps.

The maps were designed by Adrien-Hubert Brué and Charles Picquet. They are all dated 1840 and reflect the most recent geography. The North America map, for example has been updated to include the Republic of Texas. In general, the maps are in good condition, with some chipping to a few, and some staining to the North America map, as seen here. We are aware of only 2 other surviving examples, both in private hands.
Looking for a high-resolution scan of this?