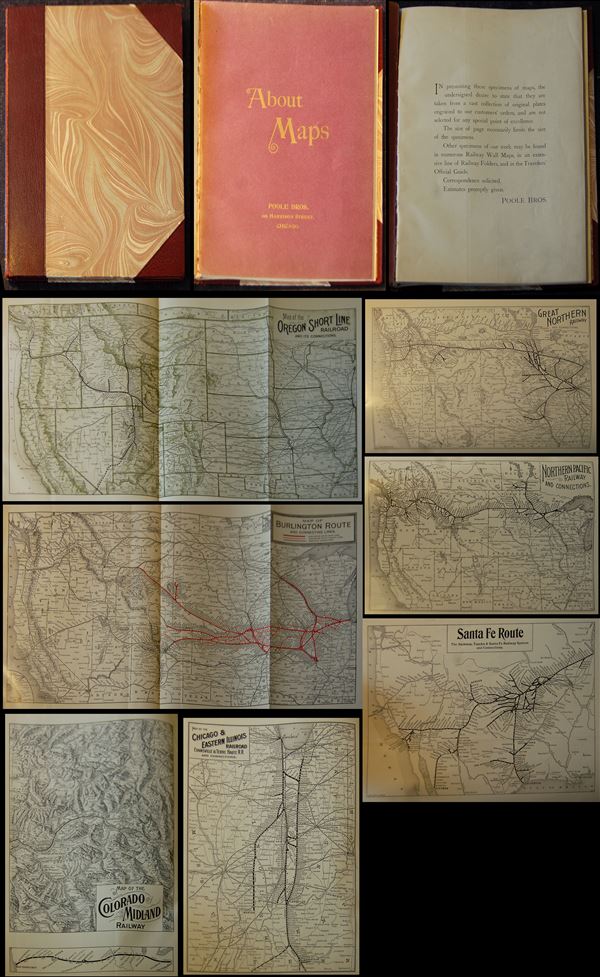 Additional smaller maps are also included. Offers superb detail of the American railway network. This atlas was issued by the Poole Brothers around 1900 and contains a prospectus of work to enable sale. Overall a comprehensive look at the railroads in America.